Send Me Your Short-Term Missionaries

Home » Send Me Your Short-Term Missionaries
by Mike Pettengill, Mission to the World
Reprinted from www.thegospelcoalition.org (September 2012) 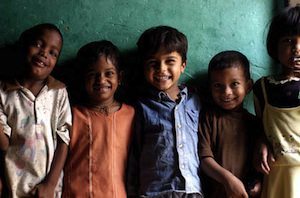 Since the summer of 2008 our full-time mission team in Honduras has hosted 50 short-term teams consisting of 500 short-term missionaries. Many people ask, "Wouldn't it just be better if all those people sent you money instead of wasting their resources and your time?" Our answer is an emphatic no. Money cannot hug a fatherless child or enjoy fellowship with Christian brothers. Money cannot play soccer with drug dealers or wipe the tears from a hungry child. We Christians are called to serve the poor, sick, widows, and orphans. Money can buy food for the poor and build houses for the homeless, but just as Christ touched the leper (Matt 8:3), the poor also desire the touch of a loving and merciful hand.

In 2005, 1.6 million U.S. church members took part in a short-term mission trip. Yet despite the popularity of such trips, church leadership and laypeople increasingly question the wisdom of sending short-term mission teams. Some argue short-term missions cause more harm than good. Objections include increased dependency, lack of compassion for local cultures, incorrect motivation, circumvention of existing ministries, and excess costs.

As an experienced host of short-term mission teams I will be the first to admit the problems when hosting teams. However, those problems can be reduced if not eliminated with communication and altered attitudes.

Before the Missions Trip

The leadership in your home church would never allow a visitor to walk in the front door and demand your pastor preach a different text or the worship leader play a new style of music. Short-term missionaries should go on short-term trips to serve as the long-term ministers deem appropriate. As John Piper has said, "If older people, or young people, or multi-generational teams are really serving, pouring themselves out according to the needs of the missionary, then it's the best of both worlds."

Why Are Short-Term Missions Positive?

As a former leader in my home church and a current international missionary I see short-term missions as beneficial to both the home church and also the receiving ministry. Here are a few reasons:

Christianity is a global fellowship. Christ calls us regardless of age, race, gender, ethnicity. or socio-economic status. Yet we frequently tarnish Christianity by viewing it through our cultural biases. Short-term missions allows those serving and those being served to see they have brothers and sisters throughout the globe. "I support short-term missions," author Philip Yancey says. "Despite their drawbacks, such trips provide two distinct cultures a taste of the harmony that exists between members of the body of Christ."

Believers can give and receive love. I often tell short-term missionaries that I don't just need people to come to Honduras who have construction or language skills. I would welcome a team willing to sit on a soccer field and hug children for a week. We work in a culture where few homes have a father and mom is off working. The kids in our community don't know unconditional love and seldom interact with adults. You can send a check, but I'd rather you hug a skinny, dirty, snot-nosed kid.

Missions can be expanded in our home churches. Missions is at the heart of Christianity. Unfortunately, it is under-taught and under-valued in our Western churches. Short-term missions can increase the importance of missions in the sending church. If your church sends a short-term team it is reasonable to think your congregants are thinking and praying more about their role in the Great Commission.

Increased prayer and giving in Christ's name. If your church sends 10 people on a short-term mission trip, it's likely each of those missionaries asked 10 others to pray for them and 10 more to write checks supporting the trip. Realistically, your short-term mission trip results in 100 additional people praying in the name of Christ and for the advancement of God's kingdom and 100 people writing checks to the glory of God.

The apostle Paul was a long-term missionary who advanced Christianity through short-term missions. Paul seldom stayed longer than a few months or even weeks in a single location. What about Jonah, Jesus, the 12, the 70? We see evidence in the Old and New Testaments how short-term mission principles were used to expand God's kingdom on earth.

With a Christ-centered, servant's heart, short-term missions can be used to aide the needy, educate fellow believers, and spread the gospel in all corners of the globe. Short-term missions has and will continue to have a healthy role in the advancement of Christianity.

Mike Pettengill is a full-time missionary serving in La Ceiba, Honduras, with Mission to the World. Mike is a team leader of a 12-person mission team. To learn more about the Pettengills' work in Honduras visit Pettengill Missionaries.