Saved & Serving at The Boardwalk Chapel 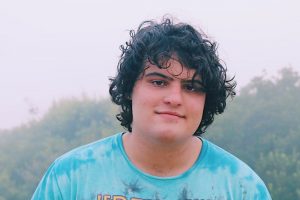 Sam is a Boardwalk Chapel alumni who was on staff in 2018 and served on the evangelism team. Prior to him coming on staff, Sam came to the BWC for the first time in 2017 with his youth group. That year at the Chapel was the year that Sam became a Christian, praise God! It was because of one of the staff member’s love for Christ, and through this staff member’s witness, the Lord opened Sam’s eyes. After this amazing experience at the Chapel, he decided to come on staff the following summer to serve.
Sam’s favorite thing about being on staff was the community that the Chapel cultivated. He explained that it is a community filled with those who believe in Christ, who are able to come together, united through Jesus. Sam said, “it is truly exponential being there.” During his time on staff, the Lord grew Sam greatly in his prayer life. He said that the culture of staff is one that is in constant prayer. The staff is always praying for everything, whether it be for a gospel conversation, or for something that is occurring in a house or store nearby, the staff will immediately go to the Lord. This strengthened Sam’s prayer life, helping him to know that God is always with us and listening to us.
This year, Sam decided to come back with his youth group for the week to serve again at the Chapel. He said that being back at the Chapel is surreal. This is a beautiful place where he was able to meet the Lord. The second he got here he was greeted by the people who served on staff with him, all who have the same Godly passion that he remembers from his time on staff. Sam is very thankful that the Lord allowed him to come back to the Chapel this year, and for a week to serve Him on the boardwalk in Wildwood.
×