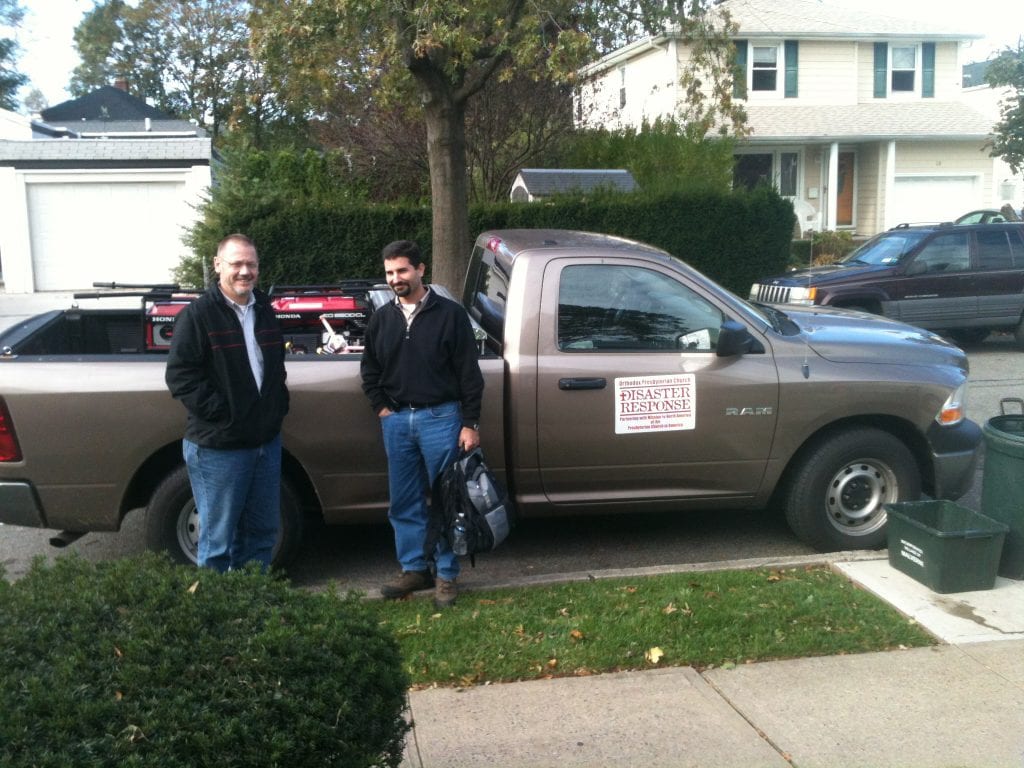 I know that my redeemer lives, and that in the end he will stand upon the earth.
And after my skin has been destroyed, yet in my flesh I will see God;
I myself will see him with my own eyes—I, and not another.
How my heart yearns within me!
Job 19:25-27 (NIV)

Along with the rest of the OPC, the Committee on Diaconal Ministries (CDM) is deeply mourning the unexpected passing of Mr. David E. Haney, who at the age of 56 went to be with the Lord on Friday, August 16, 2019.

David, an OPC ruling elder, worked for the OPC for thirty years, becoming one of the most well-known and central figures in our denomination. Among many other responsibilities, he was a member of the CDM for three consecutive terms (2005-2014), during which time he served as its Treasurer for six years and its President for two years. David participated in leading the work of the CDM forward toward the full scope of ministries in which the CDM now serves. When Hurricane Katrina struck in 2005, David stepped forward to fill a vacuum in the OPC by serving as its first Disaster Response Coordinator, leading a ministry of mercy to the thousands of Americans impacted by the ravages of the hurricane along the Gulf Coast. David's steady and solid leadership during a time of crisis was just what was needed, as the OPC involved itself in work with which it had little experience at the time. He was affectionately referred to by the well-earned title, “The Master of Disaster.”

In 2010, David was instrumental in assisting the Committee on Foreign Missions and the Committee on Home Missions and Church Extension to collaborate in the creation of the role of Short-Term Missions Coordinator for the OPC. The simultaneous creation of the role of part-time Administrator for the CDM resulted in my being hired to a full-time position that includes both roles, as well as that of Disaster Response Coordinator.

The newest denominational committee, the Committee on Ministerial Care (CMC), which was inaugurated in 2017, was David’s brain-child. The CMC became the successor to the work of the previous Committee on Pensions, and it also absorbed some of the work of the CDM, specifically the care of ministers and their widows through the administration of the Obadiah Fund. The work of the CMC, and David’s involvement in that work, has already brought relief and encouragement to many of the 500+ ministers who are serving OP churches, church plants, and mission fields, or have entered retirement. David was serving as the Inaugural Director of the CMC at his passing.

It would be difficult to measure the full impact of David Haney's service to the OPC in these important areas, not to mention the countless other roles in which he served but are not included here, through which he became so widely known and respected throughout the denomination. We grieve over the loss of his wisdom, commitment, faithfulness, vision, friendship, and leadership. We mourn with and for his wife, Becky, his three adult children, and his four grandchildren. Yet we do not mourn as those who have no hope, for we know that those who die in Christ will be raised at the last day. We ask that you join us in praying for comfort for his family, friends, and colleagues, and for the Lord’s blessing in raising up those who might take up the reins to carry on the good work that David started, all while praising and thanking the Lord for the gift that David Haney was to the OPC in his 30 years of faithful service.