Saraiah was a member of the Ministry Team that served during "Week Four" at the Boardwalk Chapel in Wildwood, NJ, in the summer of 2019. The team was organized by Covenant OPC (Orland Park, IL) and had 24 members from California, Illinois, Indiana, and Wisconsin. 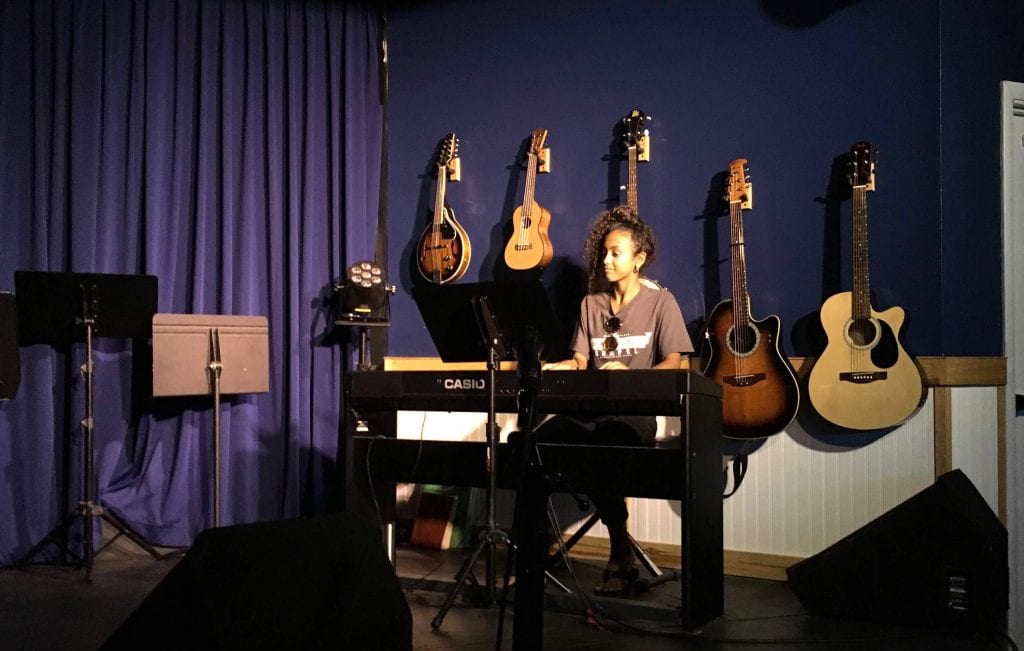 This year was my first year going to help at the Boardwalk Chapel, and hopefully not the last. It’s a ministry that one could definitely be involved in year after year. If I could describe Boardwalk Chapel in a word, I would say it is inspiring.

The highlight of my week was my second night out evangelizing. I went out evangelizing with two staff members and a guy from my youth group. One of the staff, Seth, and the other guy began a conversation with a man sitting on a bench while the second staff member and I went to pray. After we were done praying, they were still talking to the man, so after waiting a bit, I walked up and joined their conversation. I believe Seth was in the middle of a gospel presentation and at the end, he asked the man if he would call on Jesus right then and there. The man said something along the lines of, “If what you say is true, then yes, I would.”

It turned out he had more questions, and we clarified a few things, and Seth asked him again. This time the man said, “wow, this is the first time I’ve ever heard this, and I realize that this is very important. I need to research and read about this more, but what should I be reading?”

While Seth gave the man a Bible and told him more about what to be reading, the other three of us had to walk back to the Chapel.  Walking away from the conversation, I remember this feeling of pure joy and excitement. Here was an example of God using me to bring people closer to himself.  That was the closest I came to witnessing a conversion that whole week, and I couldn’t help but think of Luke 15:7, which says, “Just so, I tell you, there will be more joy in heaven over one sinner who repents than over ninety-nine righteous persons who need no repentance.”

One of the other youth group members and I were saying how these types of conversations inspired us to go out in our own cities and talk to people, just like we did at the Boardwalk, and I’m sure we were not the only ones who felt that way.

It is a wonderful ministry, and one I hope God will continue to use for years to inspire his people and bring lost people to himself.