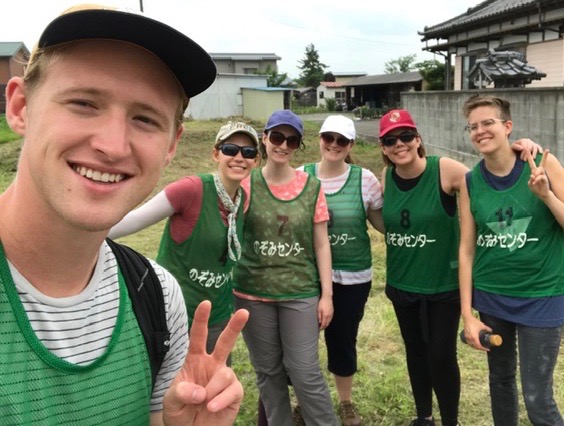 Many in the OPC will recognize the name "Nozomi" from the years when OPC Disaster Response was actively involved in Japan following the Tsunami of 2011. What was co-founded by the OPC as the Nozomi Center (a community center with outreach program for local victims of the tsunami) is now Nozomi Church. Missionaries Woody and Laurie Lauer serve there, and receive short-term mission teams that are organized by RP Missions (rpmissions.org).

Although no OPC members took up the opportunity to serve in Japan this summer on one of the various trips offered by RP Missions, we share here the July 2019 Prayer Notes from the Lauers about the team that served at Nozomi Church.

Rejoice with us! This has been an exciting few weeks for us at Nozomi Church. The Reformed Presbyterian Church in North America's RP Missions summer missions' team members have poured out their energy, creativity, and love for the Lord here in Yamamoto, and God is answering prayer.  In addition to many days of hard work at different homes of elderly in the area, they have hosted a cooking class, an art class, and an evening café as well as passing out flyers at train stations.  Their cheerful love shines through to all despite their very busy schedule.

Here are a few examples of how the Lord is blessing:

Last Friday, Mr. T., who comes weekly to café, is a staid elderly man who expresses little joy in life.  We were thrilled that Tomoko had the opportunity to give him a good gospel tract.  As she did so, she told him that this would be one of the most important things he would ever read.  Please pray that God would work in Mr. T's heart!

The same day, three from the team attended a tea ceremony demonstration by invitation of Mrs. O., one of our English students.  As the “Sado” teacher kindly explained the steps involved, Sara discussed with her how Christians view the religious elements of the ceremony differently.  At the end, the teacher asked why the girls had come to Japan.  Each sister, in turn, spoke of her faith in Christ and her desire to share Christ’s love with the Japanese.  When Vivian quoted  a Bible verse, Mrs. O said, "Oh, so that is what that means!"  The teacher expressed amazement that anyone would come to help others by doing menial tasks such as yard work for the weak and elderly. Please pray for Mrs. O. and her “Sado” teacher to come to know Jesus.  Praise God for this opportunity!

Before arriving in Japan, Tallyn had prayed for the opportunity to share the gospel in English with a Japanese person.  At the grocery store that day, Edie and the girls met a young man and brought him back to Nozomi.   Because of his excellent English, the team was able to have a great conversation with him and invited him back.  He has returned 2 more times to visit.  The second time Tallyn had the opportunity to speak clearly of the gospel. Today, he returned for the English class and heard more about the Bible.  Mr. S. may only be in town for another few weeks. Please pray the Lord will grant to him saving faith in Christ.

Saturday was a big day as well.  The Lord gave us significant conversations with parents and students alike.  Each week, the students learn just a little bit more about the Bible.  Pray that God will bring these people to faith in Christ.  Meanwhile, several visitors appeared throughout the day in between and during classes while the team prepared for the evening café.  Amazingly, the team was ready at 6 pm with light food and live music.  Though only a few came, each new and old contact (!) are a precious opportunities to bring the light of the truth to Yamamoto.  Everyone had a good time. We give thanks for the hard and creative work of the team members.   Pray for God's blessing on the afternoon café of the 20th as well as the Friday café

This week, the team headed to help out at a community café in Fukushima.  Those who attend this café were forced to leave their town due to radiation from the Fukushima Daiichi nuclear plant explosions.  Eight years later, as the temporary housing shelters have been closed by the government, the people continue to maintain contact through this café run by a Christian elder who comes once a month from far away to encourage the people.  A few have moved back to the town where radiation levels remain dangerously high.  Public and medical services are inadequate there.  Animals have taken over many homes presenting many challenges. Younger families have simply abandoned the area.  People are heartbroken over the circumstances.  One lady told Woody, "I have mixed feelings about having returned home.  Referring to her village, she explained, home is not at all what it used to be."  A spokesman for the group thanked the team for coming from all over the world to encourage their small village.  Team members had the opportunity to share about why they came to Japan and their desire to share the love of Christ with the people.  Jesus is the only hope for us and for them.  Pray that God will bring the gospel to these needy people. 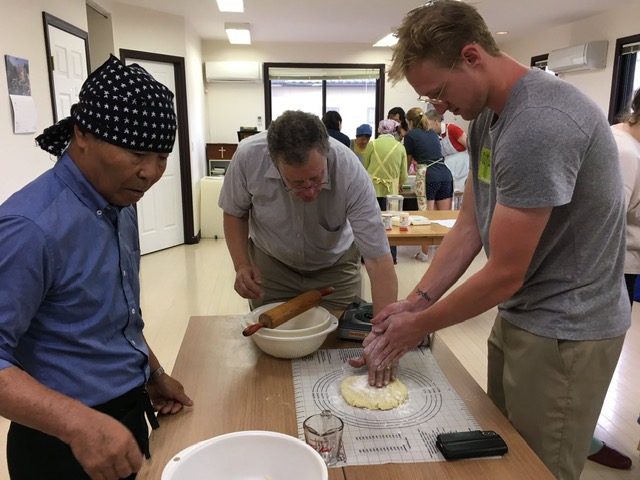 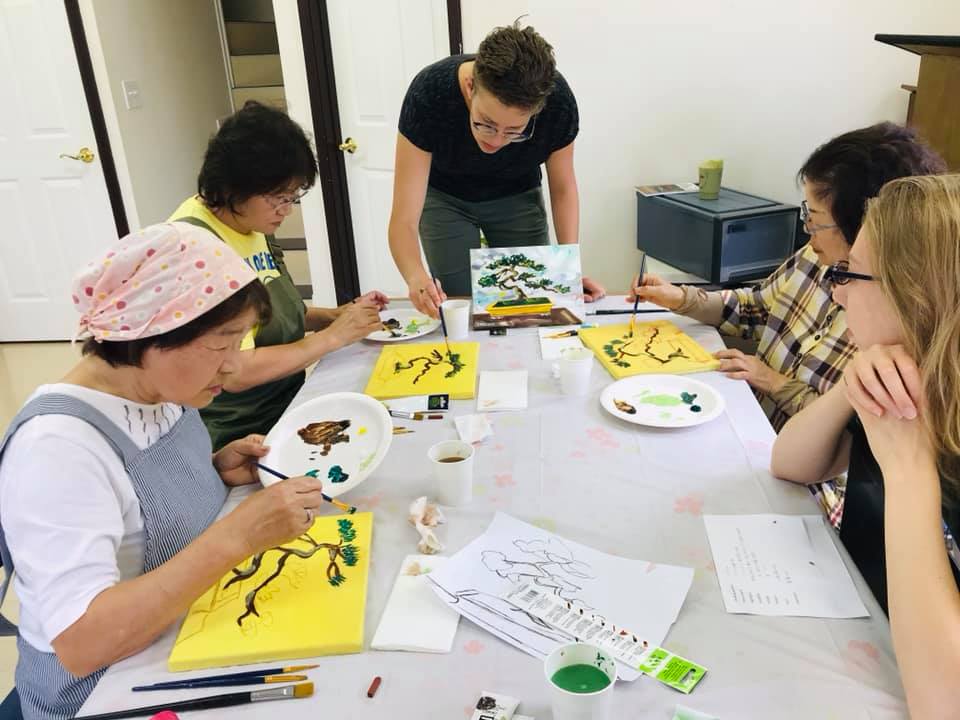 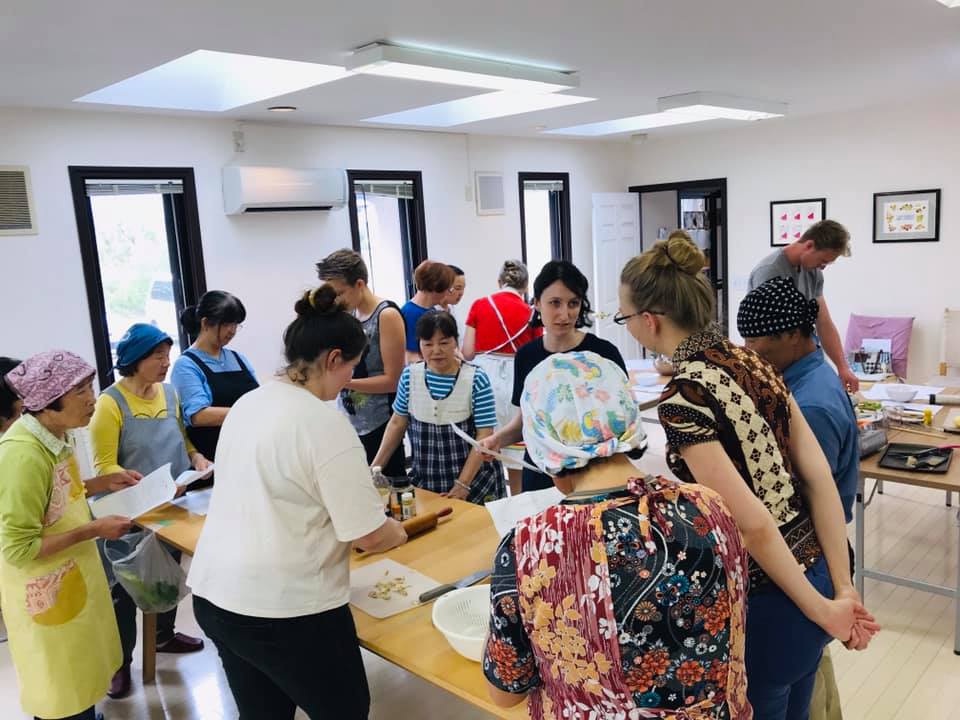 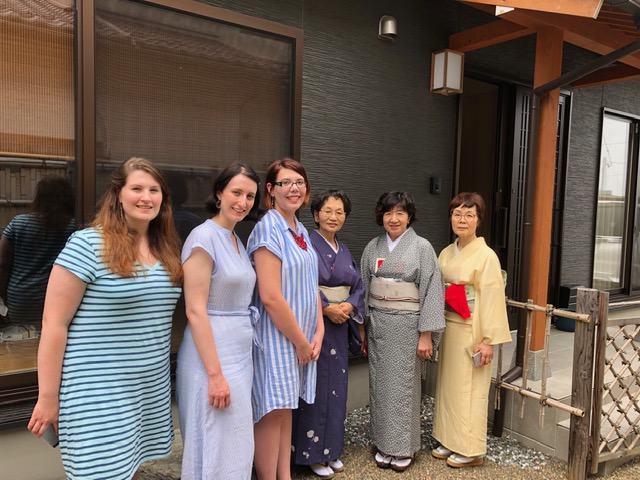 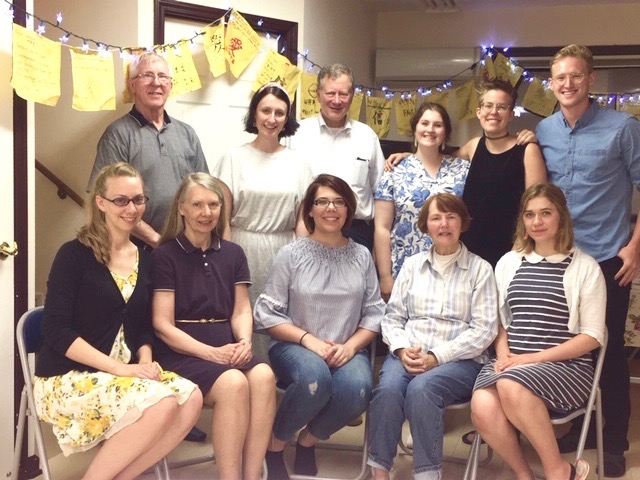