The Opportunity to Love These Kids

The Opportunity to Love These Kids 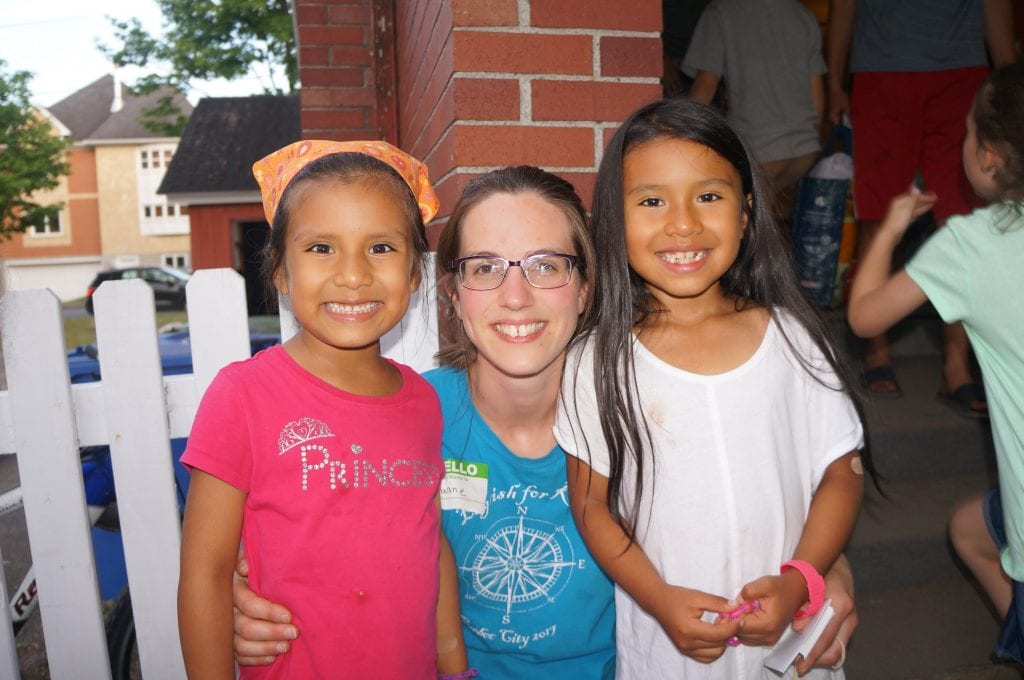 God is gracious in answering prayer and gave us many opportunities to witness His power at work. Below are a few examples demonstrating how God used English for Kids 2018 to announce the Good News of the Gospel:

S.M. memorized John 14:6 during the first week of camp. For some reason, the verse was part of an inside joke amongst the kids when they memorized it (which is probably why they remember it so well). But, they have it hidden in their hearts! S.M. also came to our Teen camp since he’s almost 13, and I asked him that Monday if he still knew the verse. He recited it word for word! I pray that God will cause him one day to really think about the verses he has learned and realize that Jesus is the Way, the Truth, and the Life!

A. comes from a Muslim family. His father was frustrated that our camp was a “religious” camp (although this is not hidden from the parents) and did not appreciate that we were teaching his son that Jesus is God. He said that A. would not return for a second week of camp. The following Monday morning, there he was! A. seemed interested in what the kids were learning even if his parents were not. Pray that he will remember our camp, and that someday in the future, he may turn to Christ.

Three of the older boys know many of the Bible stories inside-out. They have heard the Gospel message. When you ask them, they know the consequences of sin and that salvation is found in Christ alone. Still, they are not sure whether they believe it. They realize that if what the Bible says is true, it will affect their lives. Pray that God will cause these boys to continue to reflect and eventually cause them to believe beyond a doubt that everything the Bible says is true!

P. is a boy starving for love and attention. He was a bit disruptive during class but got along well with Samuel, a member of our church who was helping at E4K. One day, when P.’s mom came to pick him up, she told Samuel that P. wanted to read the Bible, but they didn’t have one at home. We gave them one. The next Sunday, P. and his brother (who was also at camp) came to church with their dad and a friend! They have not been back again, but P.’s relationship with Samuel continues (they added each other on Skype!)

J. and A. Two kids who were always the first to arrive in the morning and two of the last to leave at the end of the day. Before the other kids arrived, A. often read her book, played the piano, or just came to talk with me. While at the park one day, we chatted for a while and she told me that their grandfather was dying and that they were going to see him on the weekend for the last time. J. was a bit rowdy and full of energy. On the second Monday after the kids had gone to visit their grandparents, J. was misbehaving, so I took him aside to talk to him. During our discussion, I asked him how the visit with their grandparents went and he broke down in tears. There is so much that goes on in these kids’ lives and the opportunity to love them at English for Kids is an amazing gift!

Beginner Group: For the most part, the kids in this group have very limited English, but I was blown away by what they learned during music class. The mother of two of the girls told me that she would catch the girls singing at home and ask them where they learned the songs. They replied, “At English for Kids!” The mom asked each week if I would send her the lyrics of the main songs so that she could help the kids if they forgot. Although some of the songs were just silly songs, many contained profound biblical truths which have been etched in their memory. Goes to show how important song is for teaching the Gospel!

Pray for these kids and all the kids that attended our camp this year, that the work God has begun will continue and that many will yet come to saving faith in Christ.

2018 English for Kids: Photos and Reports from the Field (Quebec City)