A Seven Year Veteran of English for Kids

A Seven Year Veteran of English for Kids 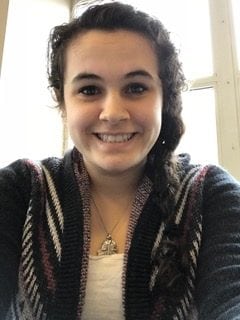 The English For Kids Bible Camp at St-Georges, Quebec, has been a part of my life for seven years now, and it is something that I look forward to every summer. I love the atmosphere that the whole week has. The team is great, no matter if we have lots of returning people or a team made up of mostly new people. This year was awesome! We had so many returning people, and I think that that helped us click more quickly, since we had already forged a bond the year before. But, it was also great to see some fresh faces, as new people always bring a different perspective than the veterans. Having done this for seven consecutive years, I have a different perspective from many of the team members. I have loved being able to see how the camp has grown and changed over the years. I have also been able to watch the kids grow and change, which has been so cool! This year I was the Level Four teacher, and it was really neat to see that I had some of the same kids that I had my first year, when I was a helper for the Level One class. Lord willing, I would love to go back for 2019.

2018 English for Kids: Photos and Reports from the Field (St-Georges)