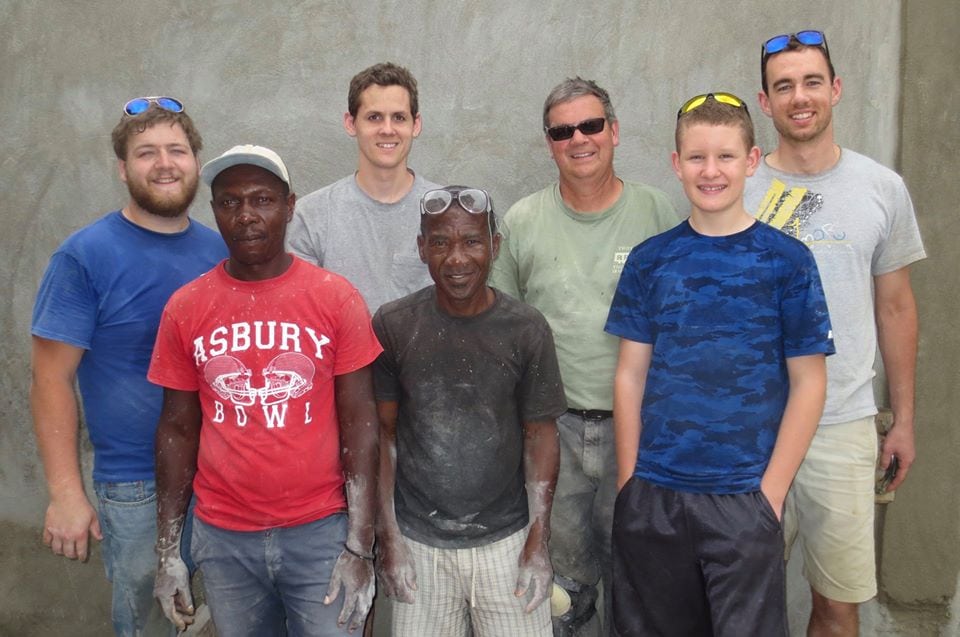 Our team of wall plasterers arrived safely on La Gonäve Tuesday, but the trip was not without its adventure. The team of four men from OPC churches in Pennsylvania includes a church intern and two men who had previously helped with the original wall project here in Haiti back in 2008. They arrived in Port-au-Prince from Fort Lauderdale and the plan was to get to the Hopps' home at Kaliko then take the afternoon ferry to La Gonâve. A demonstration in Haiti blocked the road and we had to find an alternate route out of town. The traffic was terrible but God allowed us to get to Kaliko in time to eat a quick lunch and rush to the wharf. We made it in time and sat down for the smooth ride to the island of La Gonâve.

The work began yesterday with breakfast at 6:00 AM and the team ready for work at 6:30 AM. The team was augmented with two Haitian brothers, one from the church in Port-au-Prince and another from the church at Doglace. The first day included lots of instruction on how best to complete the work. By the end of the day four sections of the wall had been plastered. Everyone was tired but we ate well thanks to Elijah Hopp who traveled with us to cook and help with the work. Sleep came easily and we are now onto day two of five days of planned work. The team returns to the mainland home next Wednesday.

After three days of hard work on the wall, the team here on La Gonâve was thankful for a day of rest. We practiced a couple of Haitian Creole hymns ahead of Sunday worship so the team could sing along in the service. Everyone was delighted to worship with the saints at Doglace.

We are very thankful for the two Haitian men working with us. Elissaint is one of the church leaders at Doglace. He has many skills that he uses to provide for his growing family, including being an expert mason. Menorce works for the Hopps at the Kaliko Mission house and joined us for the trip. He is always the first one up in the morning and ready to work. He pushes everyone to keep up.

Of course, the team could not transform the wall from raw block to finished plaster without the fuel of good food. Elijah Hopp is along and does duty as our chef. He helps out in the kitchen at home, but here at the La Gonâve guest house he cooks all on his own. Rice & beans, spaghetti, eggs on pita and oatmeal with mango are some of the meals he has prepared.

We return to the mainland on Wednesday and by God's grace will complete all the tasks we set out to accomplish. Thank you again for praying.

Thank you for your prayers on behalf of the Haiti La Gonâve wall plastering team. They finished the work yesterday and woke up early this morning to return to the mainland on the ferry. We are thankful for the men from Pennsylvania, Elijah Hopp, and the two Haitian brothers, Menorce and Elissaint, who helped to spearhead the work. Their smiling faces also show their tiredness after a week of hard work. They all went above and beyond to plaster the inside of the guest house wall, the cistern (pictured "After") and three sets of stairs.

Please pray for the team who fly out of Port-au-Prince late this afternoon (3/8/18). The storms in the Northeast may delay their return home as they fly through Miami. Also pray that the guest house would continue to be a useful tool to host teams and do the work of the ministry on La Gonâve. We greatly value our short-term teams here in Haiti! 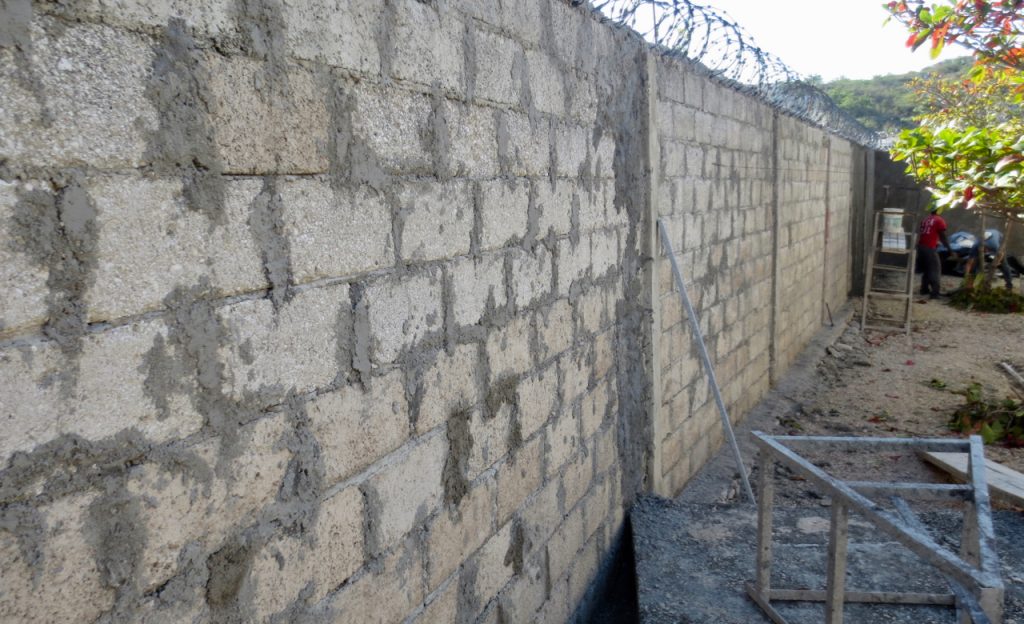 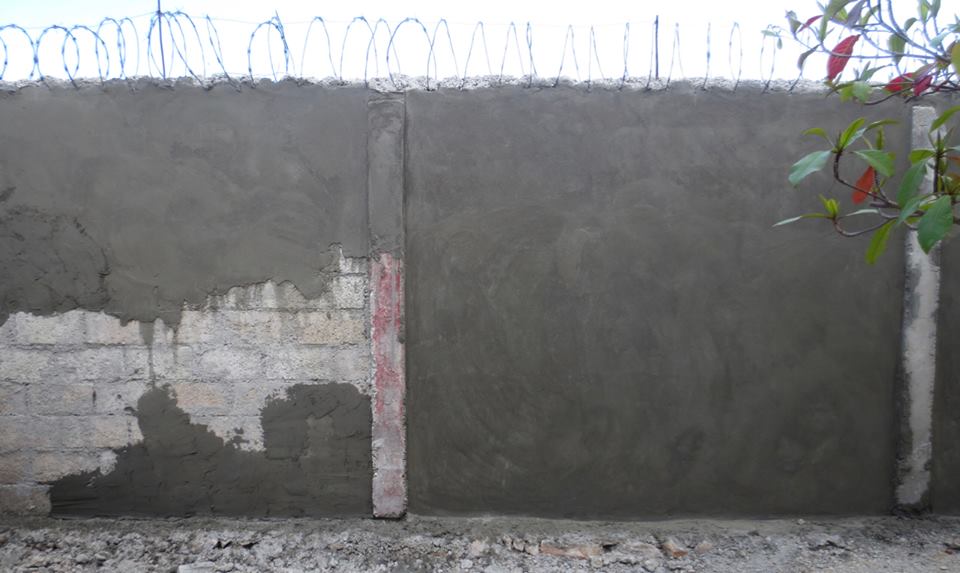 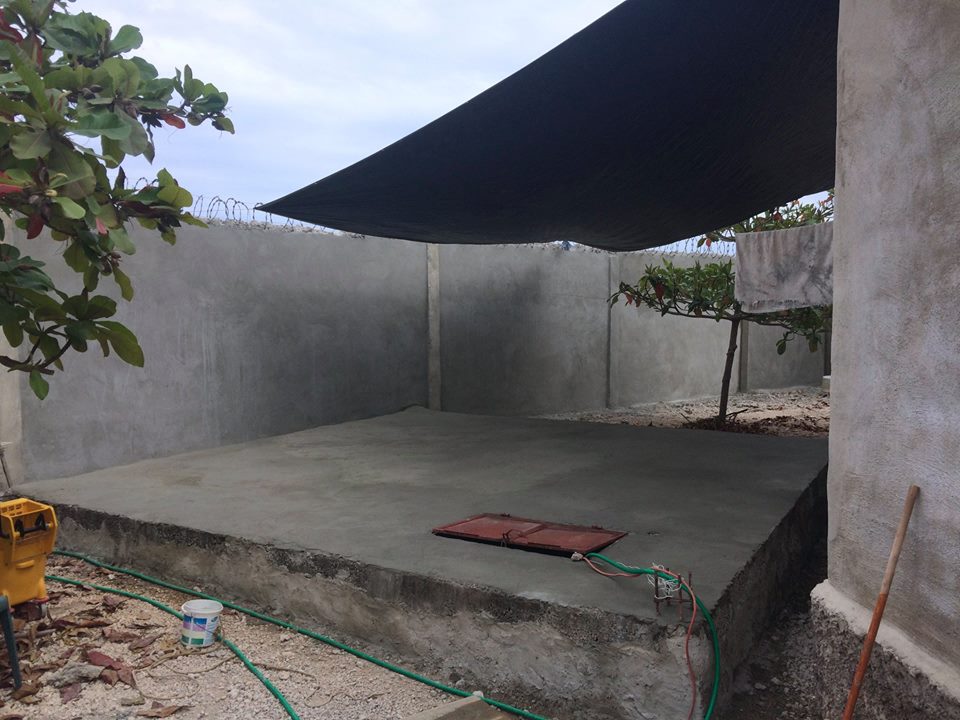 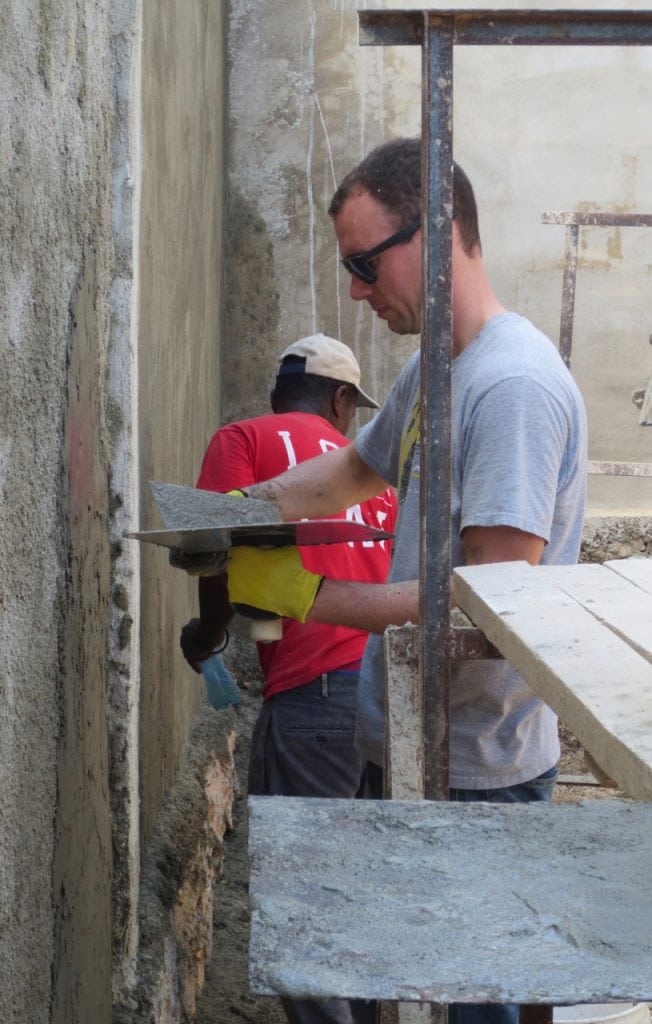 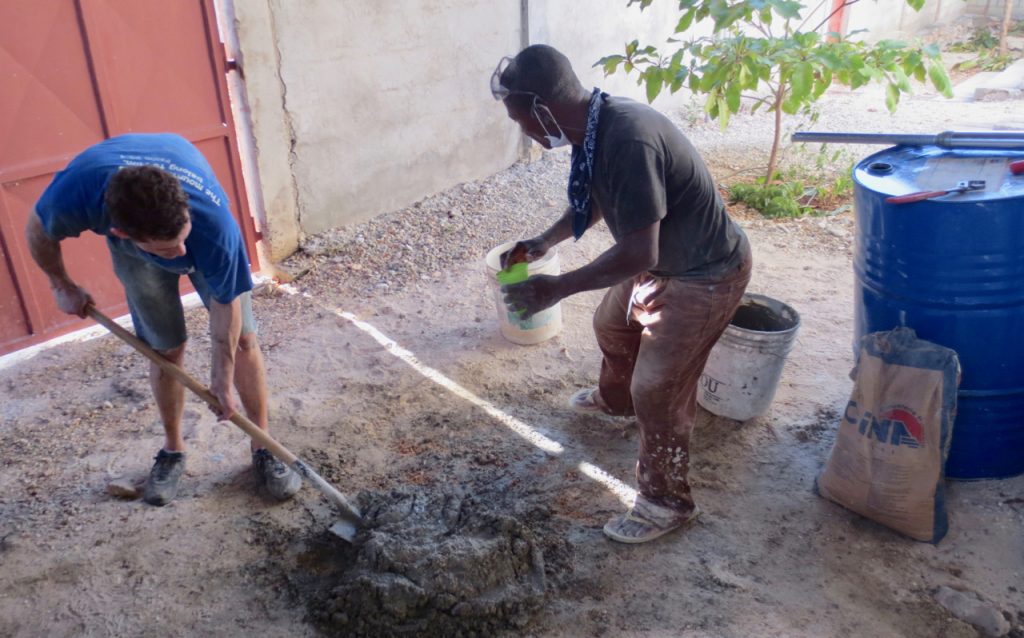 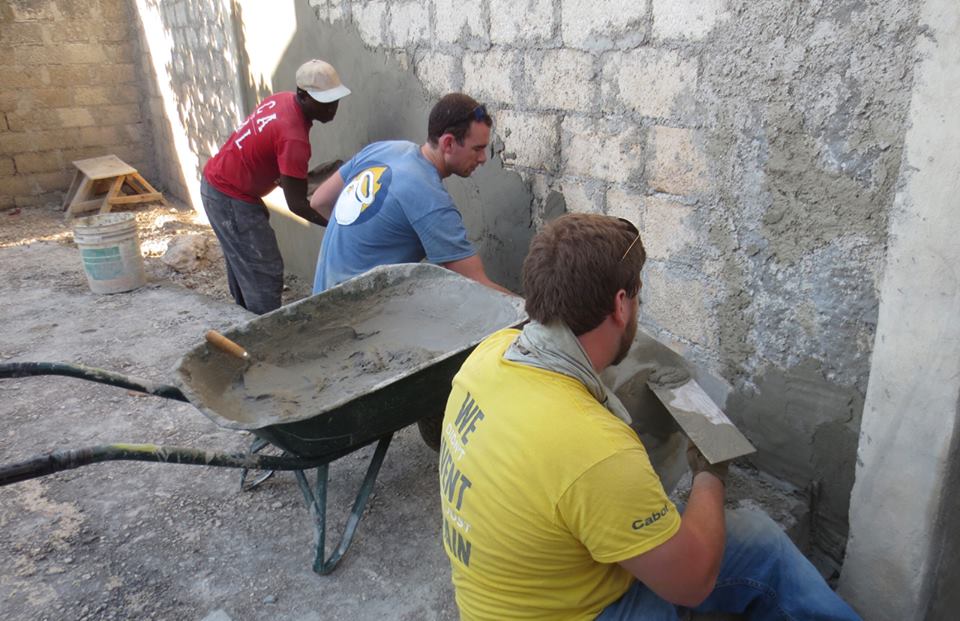 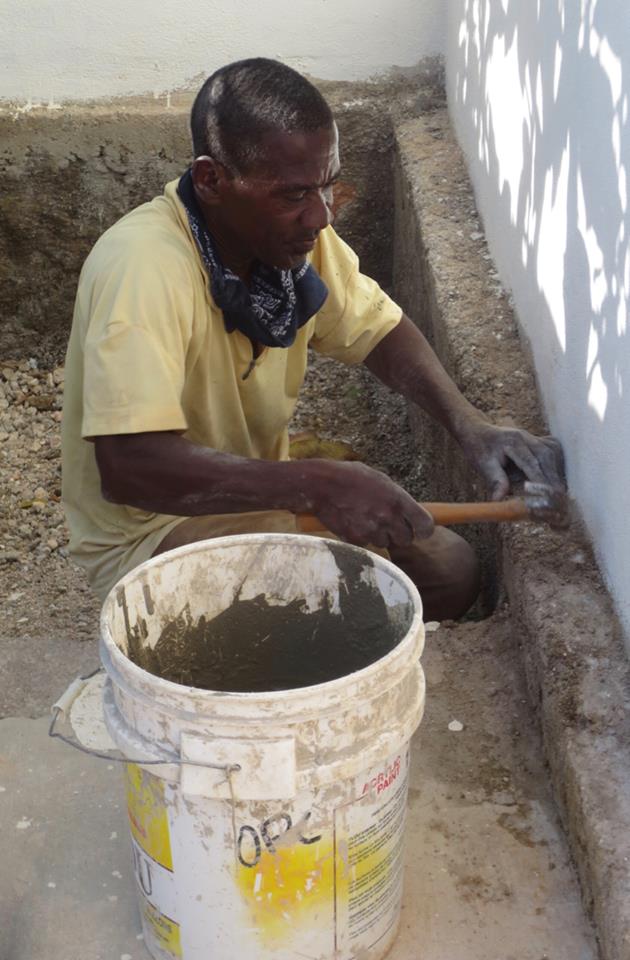 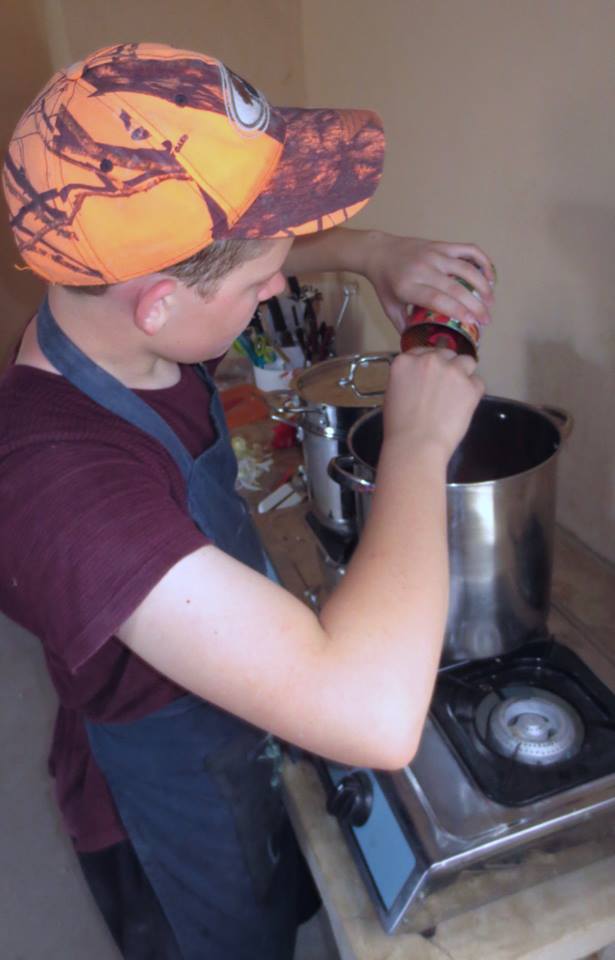 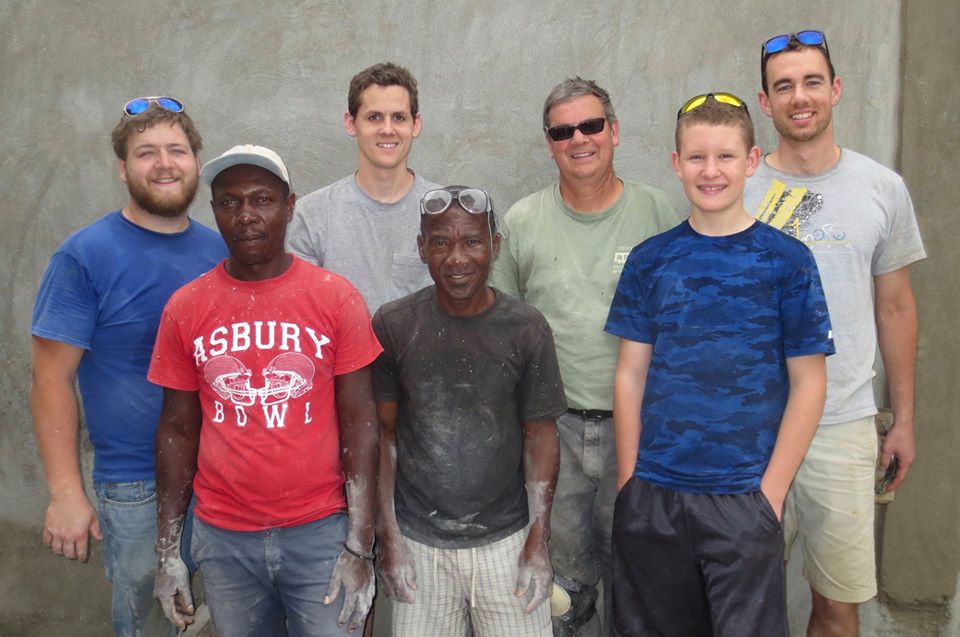