More Than Anyone Could Ask For

More Than Anyone Could Ask For 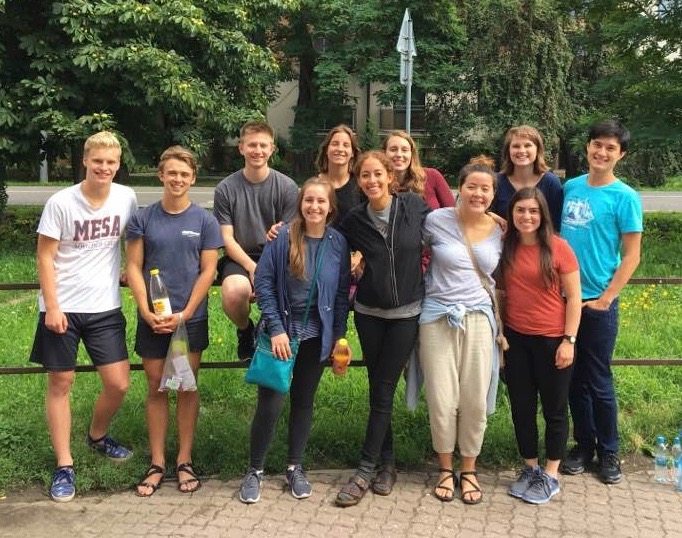 If you search the scriptures, it is not difficult to find cases where God uses unexpected, weak, and even unwilling people to accomplish his holy and divine will.  God took Moses who was unable to speak clearly and required Him to speak in front of the most powerful man in the land.  God caused Moses to act in faith; to trust Him because He is God and He can work all things out for good.  You all know the story, God supplied Moses with a speaker, his brother Aaron.

I had previously mentioned to the Regional Home Missionary of the Presbytery of Southern California, Rev. Dave Crum, that I was interested in being in a leadership position for one of our summer mission teams.  I was thinking more along the lines of an assistant to the pastor leading the trip, I have no formal education in theology nor am I a pastor in any way, shape, or form.  Missionary Crum spent a few months searching for a pastor to lead the 2017 Team Praha mission trip to the Czech Republic but had little success.  He then reached out to me, asking if I would take on the role of team leader for Team Praha.  I accepted with great excitement and immense fear; this was a position with more responsibility than I hoped for and more than I was sure I could handle.

With much trembling the planning process began, I spent much time in prayer and began to meet with pastor friends of mine for council in leading the team.  My fear caused me to lean on God more than I had in a long time. In my fear I was made weak; in my weakness I was led to lean on God our Father; in leaning on God in faith, God supplied me with more help and more strength than I could have imagined.  God provided me with an amazing team and an amazing co-leader, Kathleen Winslow.  This team of eleven young adults and Kathleen were more than anyone could ask for, they were willing, efficient, loving, kind, diligent, God fearing, and God honoring.  The team was the reason I can tell you that Team Praha was not only successful, but also fruitful.  They were truly my Aaron.

Although I would love to spend time telling you about the events of the trip, I will let the testimonies of the team members speak to you for me.  However, I want to thank Regional Home Missionary Dave Crum, my Co-Leader Kathleen Winslow, my team, the pastors who gave me direction in leadership and exhortation, and the Farniks for hosting the team.

I want to challenge the reader of this testimonial to lift up the Czech Republic, Kathleen, and Team Praha in your prayers.  The Czech Republic is a wasteland when it comes to matters concerning the gospel of Christ. Pray that it would repent as a nation and that the church would flourish there.  Pray for Kathleen, that her last year as a Missionary Associate would be fruitful for the kingdom.  Lastly, pray for Team Praha. Even though the trip is now behind us, the ministry continues to develop and grow.  I exhorted this year's Team Praha to make it their highest priority to keep in touch with the people they got to know in the Czech Republic. Pray that the team's efforts would flourish for years to come.