Renewed Focus on the Work at Hand

Renewed Focus on the Work at Hand 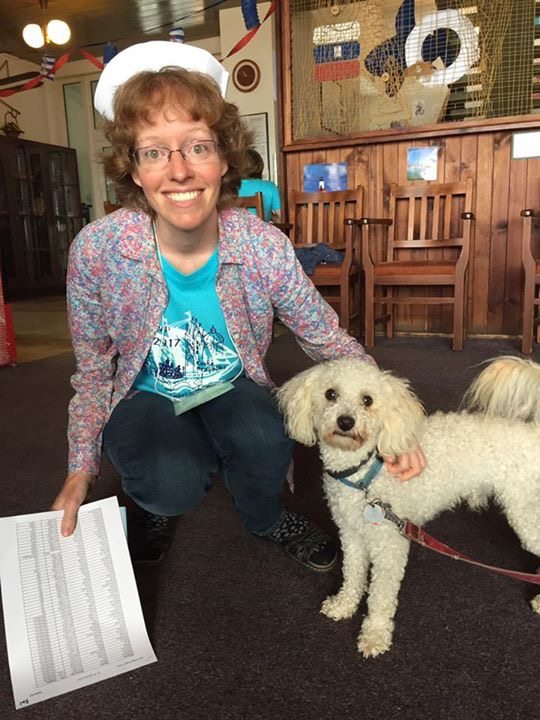 I’ve participated in OPC short-term missions many times over the years, but this summer I got to experience it from a new perspective—as a missionary associate in the Czech Republic who had been on the field with missionaries Jerry and Marilyn Farnik for a full twelve months before this summer’s "English Camp" and "Team Praha" teams arrived! Today marks the end of summer vacation and the beginning of the rest of the year.

I stopped by my school this morning to pick up my keys and confirm that we have teacher meetings tomorrow and Friday, before classes start Monday (yes, that’s Labor Day!). Then I walked to the nearby shopping center to grab coffee and write this newsletter, wondering where to begin…

As I headed toward the café, I looked up to see a friend from English Camp, who we had prayed for by name on Sunday evening. Jan and his wife Monika came to English Camp for the first time this year. They found out about it because Monika attended one of Marilyn Farnik’s evening English classes each week last year. They knew the camp would include some discussion of Christianity, but they had no idea what they were getting into!

Jan and I talked one evening at camp, and he expressed surprise at the team’s willingness to share personal stories publicly as they gave testimony to God’s grace in their lives. I explained that such details would indeed be kept private in American culture, too, but that we so wanted our Czech friends to understand that just as our struggles are the same as theirs, the same hope we’ve found in Christ Jesus is also available to them. Christianity is not an American thing; God calls all people everywhere to repent and be saved. Jan showed some interest in the things of God while at English Camp; he attended each of Pastor Roger Wagner’s evening messages, and he brought his wife to the worship service in Modřany (a suburb of Prague) on the Sunday after camp.

We haven’t seen them since then, but we’ve been praying. And now, unexpectedly, God has answered by giving us this surprise meeting at the mall. We exchanged phone numbers, and Jan is going to check with Monika about spending time together tomorrow evening. Pray that I’d be bold to ask serious questions when we meet again, and that God would draw Jan, Monika, and their two young children to Himself.

I knew if I typed long enough at this café, I’d see more familiar faces! Two students (Pavel and Markéta? Anežka?) just stopped in for ice cream cones. Pray that I’d learn names quickly this year and be able to build more and deeper relationships with students.

After finishing my coffee and the first half of this letter, I took a couple of buses back to Zbraslav, the Prague suburb where I live with the Farniks. Time for a back-to-school haircut! It’s linguistically motivating to visit Dana, my hairstylist, every few months. When I met her a year ago, I couldn’t do more than smile and make a scissors motion with my fingers. Each time I go back, it’s clear that I am making progress; we actually carried on a conversation about the summer break! Pray for my continued studies this fall, that improvement in Czech would result in more meaningful contact with non-English-speaking coworkers and with visitors to the church.

One of my coworkers, Hanka, attended English Camp; her team-member teacher gave her a Bible, and I want to follow up on that gift. Maybe God will use her desire to practice English as an opening for weekly conversations or even a Bible study. One of my students attended English Camp, too—sixth-grader Ondra and his mother. As far as I know, that was their first significant contact with the gospel. Something about the camp made a good impression, because as we said goodbye, Ondra’s mother asked if I’d like to join their family on an overnight trip to their cottage sometime in September. Pray that I’d have further contact with these school connections and others, outside of school hours.

Following English Camp, we had a three-week visit from one of the singingest Team Prahas I’ve ever met! What an encouragement to hear three- and four-part acapella hymns (in English!) overflowing from the hearts of musical young people! This summer, perhaps the most significant work the team did was get to know ten or twelve young teenage girls. We spent time with them on our Week 2 mountain trip; then they were so eager to continue participating in what the team was doing that nearly all of them volunteered to help with our Week 3 VBS! Pray that these girls would attend youth group and worship services this year and that God would bring them to a committed faith in Him.

I’m so thankful to have seen my family this summer—my parents, who were on the English Camp team, and my sister and her family during a trip to Kansas in the last couple of weeks. The summer camps were exhausting, so I appreciated that Kansas vacation! But the Christian fellowship and teamwork were also invigorating. Now thanks to that timely meeting with Jan this morning, and anticipation of the start of school, God is working in my heart a renewed focus upon the work at hand. May Jesus Christ be praised and His church established here in the Czech Republic! It’s time to water the seed that was sown.