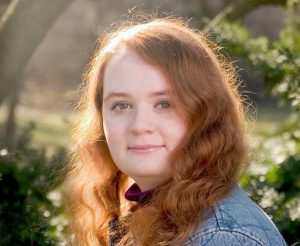 I don't get out to talk to people much. I also don't travel much. I've hardly even been out of the state. So when my brother announced he would be paying for me to go on a mission trip to Wildwood, New Jersey, an approximately thirteen-hour drive from my house, my first thought wasn't "oh, this'll be fun!" or even "I wonder what I should pack." No, my first thought was "AHH! I'm going to be talking to strangers almost nonstop for an entire week! What do I do?!"

Thankfully, this was just me overreacting. I (used to) have a very small, enclosed bubble of what I was comfortable doing and who I was comfortable talking to. Going on the trip would mean essentially popping that bubble and doing things far outside my comfort zone. Wildwood is a big tourist attraction, with rides, games, shops … and a chapel. The chapel was a small, modest place on the Boardwalk, but with plenty of seats and standing room for people who wanted to drop by on their way through. We arrived late Saturday night and caught the end of the daily program they hold each evening, and with limited time on our side, we didn't get much of a chance to interact with the summer staff until about Sunday afternoon or Monday morning.

Our typical schedule during the week involved breakfast at eight, some free time for getting ready for the day or practicing skits and music and handing out tracts, lunch, evangelism training, rehearsal, a little more free time and dinner preparations, last minute inviting people to join us for the program, and finally the program itself. The program consists of a variety of songs, skits representing Biblical truths, scripture readings followed by a brief ten to fifteen minute sermon/lecture, and a segment called Moment of Truth explaining a biblical view of science.

After the program ends, all the staff is called up on the stage and given a rundown of how the program went (what was really good, what could have been done better, etc.) After that, there's a brief prayer before we're broken up into teams. We had three basic groups, one evangelizing, one praying, and one running the famous “Heaven or Hell" machine set up at the front of the chapel. Despite how trivial some of those activities sound compared to others, we were told all three roles are equally important and vital for the others to happen.

I honestly didn't understand what they meant when they said that all three were equally important, because seriously, how was going out to evangelize just as good as sitting at a machine or praying and singing hymns? But after taking part in all three roles, I grasped what they meant. Prayer is important; God says to pray without ceasing in His word, right? What I learned from the wonderful people running the chapel is that I was sorely lacking in my time spent in prayer. The way they prayed … so fervently and so personally … it really opened my eyes. I resolved to spend more time in prayer in the future, and so far I've been sticking to it as frequently as possible. As for the "Heaven or Hell" machine, I got to meet several people willing to talk to us about our beliefs and that was a real encouragement to me.

And evangelizing … well, that was the hardest part. I'm a naturally shy person, so going out to talk to people I had never met, let alone people who might be hostile towards what we had to say, wasn't exactly appealing to me, but remembering that it was Christ's instruction to go spread the gospel to all nations, I swallowed my fears and went out. We met many people who had no religious background whatsoever, and depending on how the conversation went it could be discouraging, but at the same time, renewing. It only helped press home that there are still so many people in the world who have never heard the scriptures before and need someone to come into their lives and show them their need of a Saviour.

Working with the summer staff was amazing. The people working there are God-fearing, openhearted, and focused entirely on the Word, as well as smart and Bible-literate. Their faith was utterly astounding, and I hope to be able to see them again. When you can, pray for these people at the chapel, since being there all summer can be both physically and emotionally draining. The whole trip was worth the long car ride and the fear of doing new things, and I sincerely hope to be able to go back next year.