A Special Place in My Heart

A Special Place in My Heart 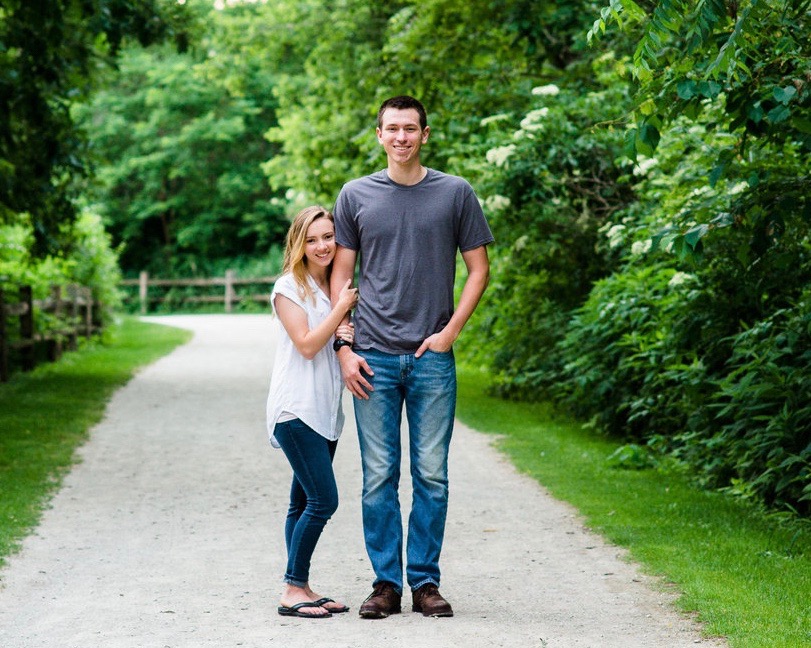 Seven years ago, I stepped foot on the Menominee Indian Reservation for the first time. I was nervous, excited, and thought that I was about to save the world (this was clearly not the case!). Since that day, I have returned to the land of the Menominee Nation in Zoar, WI, five more times, all to serve as part of Menominee OPC's Venture Missions team. I like to say that although I only spent a total of six weeks on the reservation, it is where I did a lot of my growing up. I learned important life lessons and met some very special people (one in particular!).

One of the biggest things I gained from this experience was how to live alongside those who are different from me. I gained an appreciation of a beautiful culture, one that was much different from my own. I learned a few words in Menominee (a language that was close to dying out but is currently being revived!), learned about their customs, and tried to more fully understand what the Menominee Nation has been through in the past and the current struggles of its people. I became friends with the town drunk and continue to pray for his health and his salvation. I prayed fervently for a little girl that her cancer would not return. I grieved as I heard a traditional Menominee funeral procession go by as they mourned the loss of a young child. I shared the Gospel with those who I believed needed it most, only to once again realize my deep need for a savior.

My experiences in Zoar, Wisconsin, also ignited a passion for missions within me. It gave me (and other members of the team) a solid foundation to go on to serve on short-term foreign missions. Although my current situation no longer allows for foreign mission trips, the lessons I learned in evangelism and compassion have served me well throughout my four years of college and now as a military wife where I will meet people from all paths of life with each new duty station. I am also more aware of the challenges faced in cross-cultural missions and can pray more specifically for those serving in those roles full-time.

The most important thing I took away from these experiences were the relationships I made. The people of Menominee OPC will always be dear to me. In my other teammates, I found some of the best friends and mentors I could ever hope for. I also met someone very important on Venture Missions. On Saturday, July 21, 2012, Philip Troxel walked through the front door of the church with a sleeping bag in his hands and a lost look on his face. Four years later, I walked through the doors of another church wearing a white dress and we said our wedding vows with Pastor Karl Thompson (former minister of Menominee OPC) officiating, assisted by Pastor Gordon Oliver (organizer and chaperone of Venture Missions).

The Menominee people and their land will always hold a special place in my heart, as well as my husband’s. Venture Missions is where we met each other and it is where we learned lessons to build a solid foundation for serving the Lord together. We look forward to taking our children to Zoar, Wisconsin, someday to see that little red church, where we can bore them with stories of the people we met, the things we saw, and everything that we learned. Menominee OPC, the Menominee people, and Venture Missions will always be in our prayers and our hearts. We are so thankful for our time on the reservation and look forward to the day when we can return.