From the February 2017 issue of New Horizons 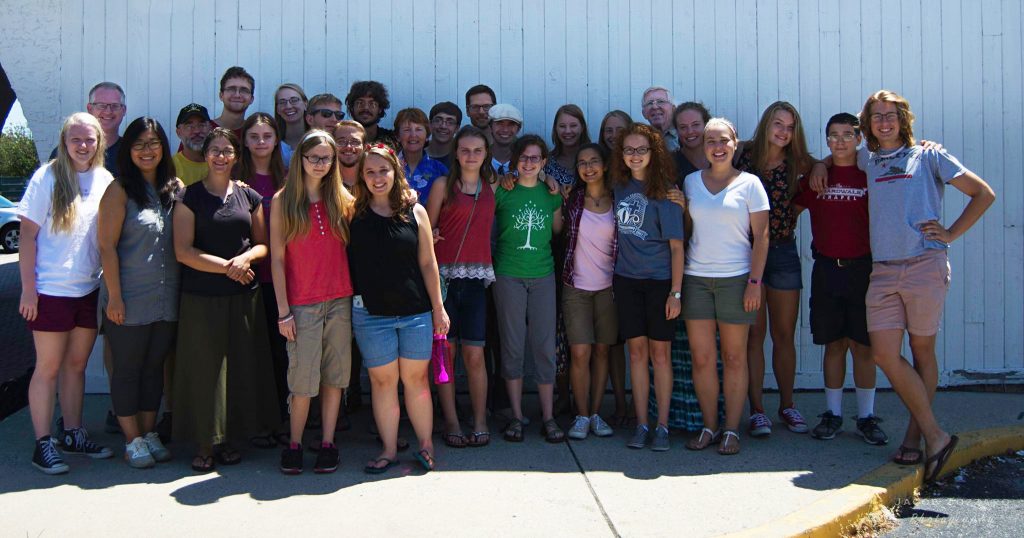 This past summer, the Lord blessed the outreach efforts of the Boardwalk Chapel in Wildwood, New Jersey, in several key areas. As we look back on 2016 and look forward to what 2017 will hold, we are thankful to the Lord for his continued and steadfast faithfulness to us. We also are assured that as we remain devoted to serving Jesus, he will keep working through us to build his church.

First, in 2016, the Chapel had an expanded slate of staff leaders and volunteers to help organize and lead nightly evangelistic programs from the week after Father’s Day through the Saturday before Labor Day. The staff dormitory was the fullest it has ever been, with 27 full-time summer residents under the discipleship of house parents Cal and Edie Cummings (retired missionaries to Japan) and additional staff assisting on a part-time or year-round basis. The staff schedule began in June with two weeks of training in evangelism, taught by Henry Krabbendam from Uganda, and apologetics, taught by director James Zozzaro. After evening programs began, staff worked alongside visiting teams from OPC and PCA congregations along the East Coast from New Hampshire to North Carolina.

Second, the evangelistic efforts at the Chapel were expanded to offer new opportunities for staff and church youth to continue providing exposure to the gospel throughout September and to increase cooperation with students from Westminster theological Seminary in Philadelphia. Staff continued the VBS-style outreach to local children on Friday afternoons and added a midnight supper for international workers up and down the Boardwalk on Wednesdays. In addition, increased efforts were made to establish friendships with neighboring shop owners and to connect new converts to Bible-believing churches in their own communities. Throughout September, the Chapel invited local and regional musicians to give concerts on Friday and Saturday evenings in order to present the gospel through music in a way to draw in passersby to interact with visiting seminarians in the back of the auditorium. 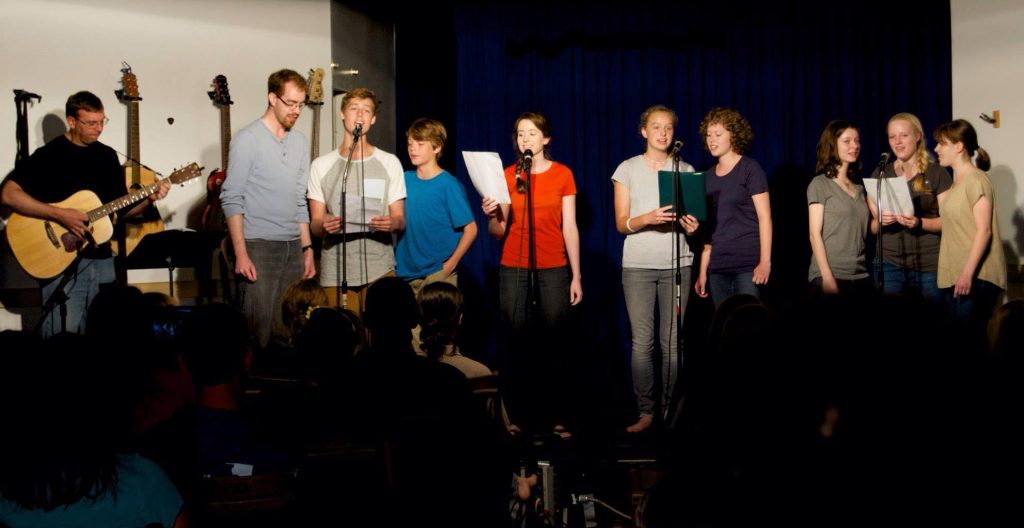 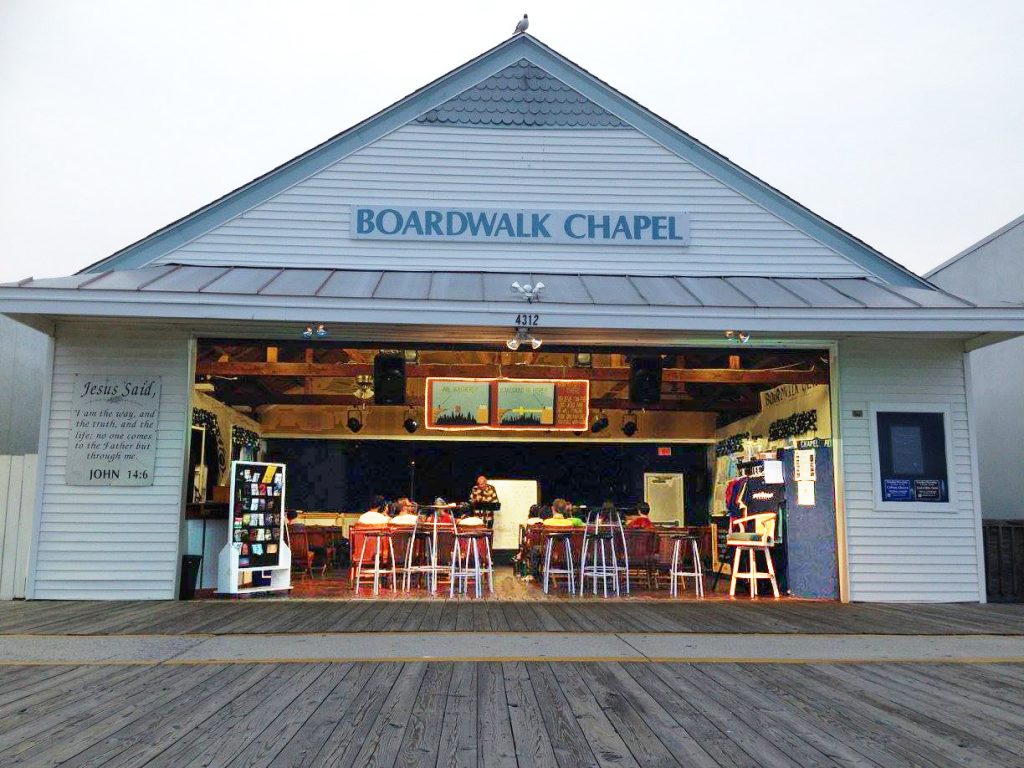 Third, the Presbytery of New Jersey’s Boardwalk Chapel Committee began planning for future expansion of the ministry. At this particular juncture, the opportunities at the Chapel are limited by a lack of sufficient manpower and the financial struggle to adequately repair the dilapidated housing for summer staff and weekly teams. The Committee hopes to fix both of these issues by obtaining a better dormitory for the staff and renovating the apartments on the back of the Chapel building to allow for more space for visiting church groups, ministers, and evangelists. The goal, Lord willing, is to complete all renovations by the Chapel’s 75th anniversary.

In some ways, the summer of 2016 was a turning point for the Boardwalk Chapel. Having nearly thirty full-time staff, our leaders recognized the great potential to expand the ministry opportunities. At the same time, however, we realized how the building’s infrastructure problems limited our ability to accept more staff and church groups. In addition, the number of international students and workers who are receptive to the gospel has increased during the past several summers, particularly among those from the Middle East. Our staff saw a great need to devote time to establishing friendships with local international workers and ministering to these potential disciples, and did their best, as they were able, but often found themselves pressed for time and energy while balancing their other responsibilities.

In looking forward to the summer of 2017, therefore, the Boardwalk Chapel Committee has already taken steps to expand the ministry opportunities as best we can until the buildings are renovated to accommodate additional people. As mentioned previously, the opportunities for outreach in Wildwood are truly endless. With the Lord providing more manpower and increased resources each year, we hope to use the practical gifts we have been given to work harder for the kingdom of Jesus. For example, instead of having one primary evangelism coordinator and an assistant, we plan to have three evangelism coordinators in 2017 to allow for more focused training, discipleship, and outreach.

In other ways, the Chapel will operate in the same way that it already has for the past several years. By the end of January, the director hopes to have all the new and returning staff positions filled, including summer coordinators, house parents, and volunteer staff for the music, drama, evangelism, domestic, and audio-visual teams. In addition, we expect all the weekly slots to be filled quickly by church groups that plan to assist our staff in June, July, and August. Later in the winter, we will continue making concert reservations for weekends in June through September. Our director and maintenance coordinator expect to know by the end of February what work will need to be done during the spring before the season begins over Memorial Day weekend.

One of the greatest blessings in working at the Boardwalk Chapel is realizing that our work is not our own, but the Lord’s—and, by extension, an effort of the worldwide church. The staff that come to serve here do not come of their own accord, but are sent by the Lord from their home churches and families to do his work for the growth of the kingdom. After staff are trained to proclaim the gospel to tourists and workers on the Boardwalk and throughout Wildwood during the summer, they do so with the hope that new believers will return to their own communities to grow within their local churches. In addition, the staff’s efforts are supported by the faithful prayers and generous gifts of people across the nation. None of the work is for our own benefit. The ministry of the Boardwalk Chapel, as part of the evangelistic work done by the global church, is overseen by God our Father, through the power of his Spirit, and ultimately for the glory and praise of our Lord and Savior Jesus Christ.