From the June 2016 issue of New Horizons 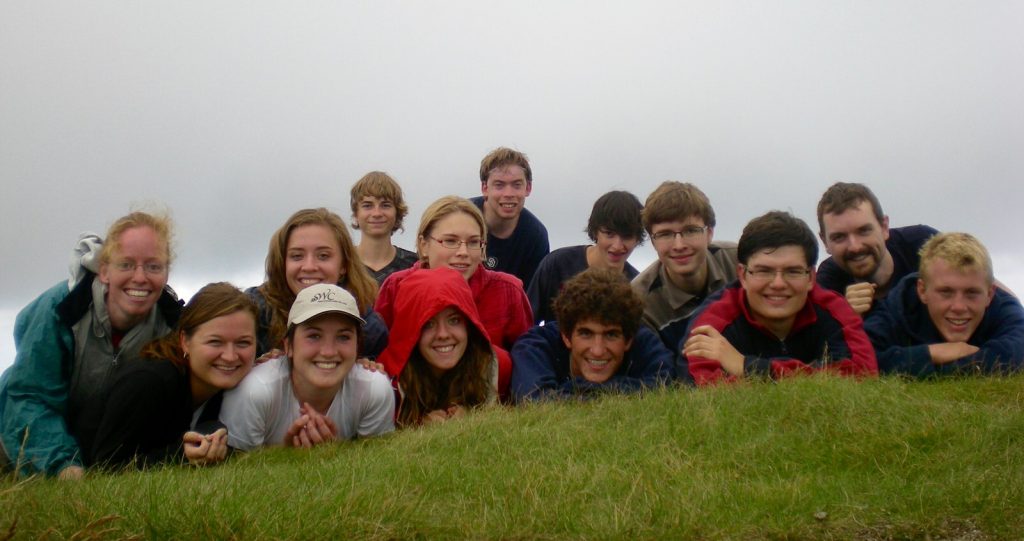 Team Praha on a Slovakian mountain with Czech youths

How does the Presbytery of Southern California do short-term foreign mission work in a way that might be helpful for others in the OPC to consider? Over thirty years and some forty teams, I have observed a conscientious effort to do things in a Presbyterian fashion, and along the way we have created a culture of summer service on the mission fields. Most often we, as a presbytery, send pastor-led teams to places where “come over and help us” OPC missionaries are laboring.

Our mission teams began with gusto in 1987, when the first Team Baja was sent to Tijuana, Mexico. The presbytery’s Youth Committee, with the blessing of the presbytery’s Missions Committee, worked with the presbytery’s foreign missionary, Dave Crum, to plan and develop a strategy for having a team of young people each summer. The goal was to work with the Mexican Presbyterian churches, where Mr. Crum was already ministering.

So the first important ingredients were the eager OP missionary and the consenting and consulting presbyters. And boy, were Dave and Jane Crum, with their children, eager to have teams for the next twenty years! But they have not been alone. The Farniks in the Czech Republic, the Hopps in Haiti, the Falks in Uruguay, and the whole Karamoja team in Uganda have gone out of their way to host our teams and think of creative ways to put them to work on their fields. Write to your missionaries and ask them whether they desire a team from your presbytery. 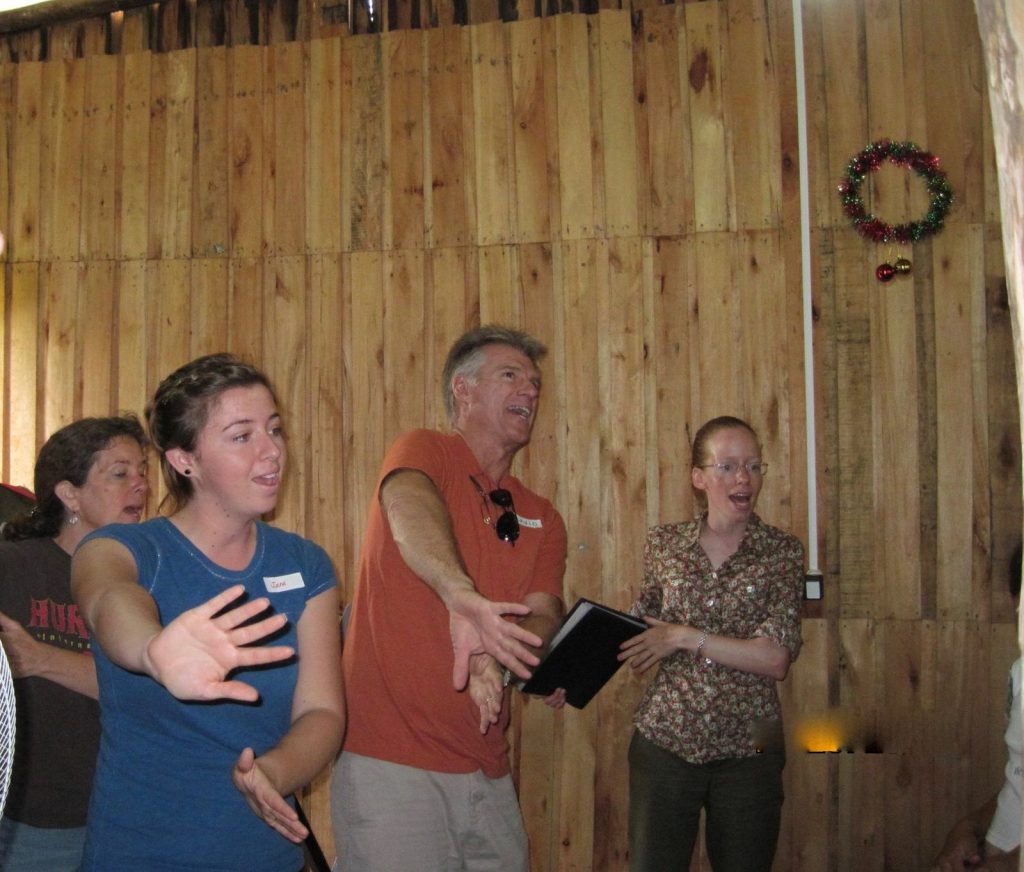 It is important that teams prepare with the goal of meeting the missionaries’ vision for the work on the mission field. It takes a good listening ear to “hear” what the missionaries are telling you through their emails. The teams of eight to ten people, as we like to send, are not for every mission field, and that needs to be respected. It is important that teams be tailored to fit the missionary’s desires, both as to size and makeup, as well as his service goals on the field. Construction projects may be a “guy” thing, but so is teaching the Bible or the catechism to little children, and young men have excelled in each of these areas as well.

A team sent by a single congregation is certainly doable for our largest churches, but the blessing of a presbytery team is that members of smaller churches have the opportunity to participate. Almost every church in our presbytery has had a representative on one of our teams; we take church membership into account in choosing the team members. We often do a presbytery send-off from one of the local churches, in connection with the Sunday evening worship, with a sermon fit for the occasion; and the prayer burden for the team is spread across the entire presbytery. An added benefit is the development of solid friendships among the young people of the presbytery. 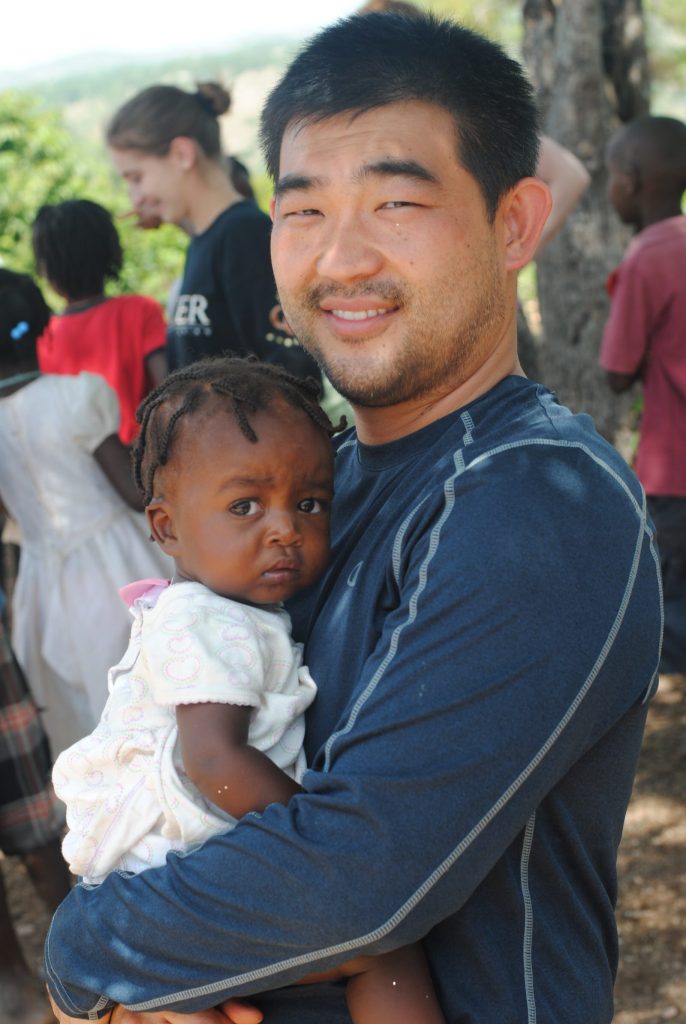 Pastoral leadership, with essential help from an assistant leader, is our goal. First we look for a pastor or a ministerial candidate. Then we look for a female assistant leader—the pastor’s wife, if possible. A pastor provides spiritual leadership for the team, keeping it focused on the Lord and the ministry at hand, and keeping the team members accountable for their conduct and words. He can also be a source of fellowship for the missionary and can share some of the teaching and preaching load while there.

We have always been able to find a female assistant leader to help in the nitty-gritty detail of organizing the team and its teaching materials before the trip and to serve in a supporting role. Some leaders come home saying, “I felt like I did practically nothing, since my assistant handled everything so efficiently.” Jane Crum could write a book about what it took to support her husband who was serving as both the team leader and the host missionary. In fact, she was actually writing living letters, as several young women she trained went on to assist in the leadership of teams to other countries.

We look for spiritually mature young men and women who are eager to share their faith and willing to serve in any way to help the team fulfill its ministry goals. We require communicant membership and want to know how an applicant has already served in the local and regional church. A good, candid pastoral reference is part of the application process. In addition to debriefing the team before coming home, we have begun requesting missionaries and team leaders to evaluate the team members.

Fund-raisers and fund-raising letters are not always a needed part of scraping together the $1,500–2,500 necessary to serve on an overseas team. We ask each applicant whether their session is supportive of them serving on a team and will encourage congregational financial help.

In my own congregation, the session sets a goal each year for gifts to our Short-Term Mission Fund, which are to be over and above regular giving, so that those who are serving may be supported according to each person’s need. That way, those who gather little do not have too little, and those who gather much do not have too much, because the fund serves all. Fees are set by the Youth Committee so that the leader’s expenses are fully covered, along with a portion of his assistant’s expenses. Our goal is that each team be fully funded and break even. In 2006, the presbytery’s Youth Committee was given $10,000 to help fund our first overseas team. A decade and $260,000 later, we still have about the same amount in the fund because of overwhelming support from families and churches.

We are always working to improve the preparation and orientation of our teams. Prior field experience is invaluable, and for that reason we always try to select some team members from prior teams. A person like Rosie Perkins from Prescott, Arizona, with four Team Haitis under her belt, is a diamond we want to keep polishing! We use language CDs or MP3s for beginning language acquisition. The Internet has provided useful ways for teams to meet and pray at a distance and also for the leaders to review the preparations of those who will be teaching. But in-person meetings are strongly encouraged as a way to build unity and competence before embarking.

If you would like help in organizing a team from your presbytery, we would be glad to consult with you.