A Summer of Service

A Summer of Service

From the October 2015 issue of New Horizons 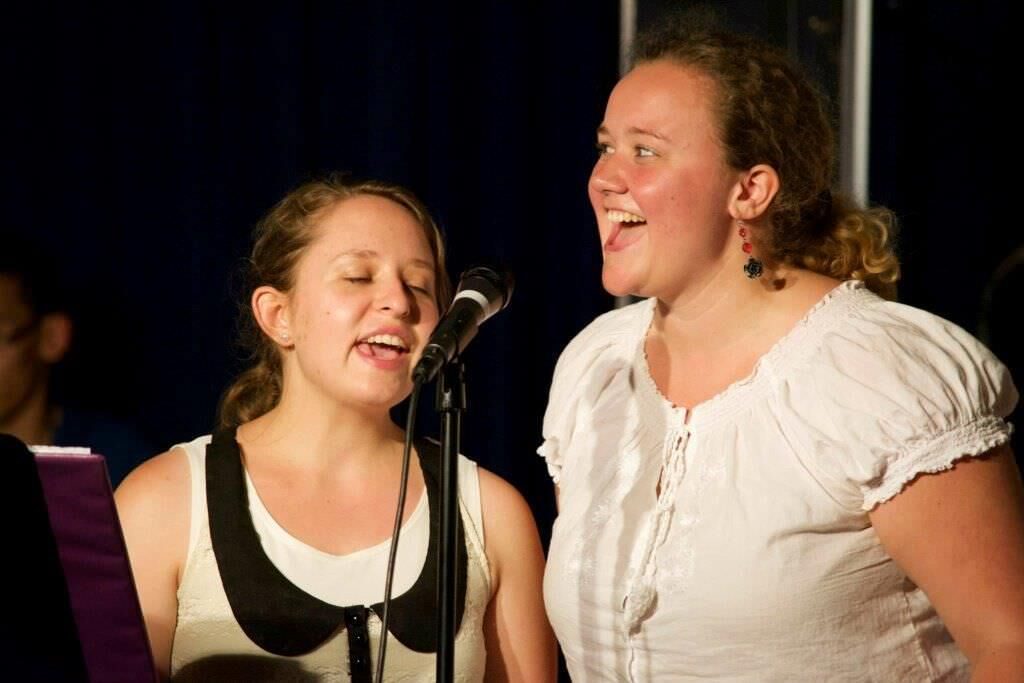 Orthodox Presbyterians from at least sixty-five congregations showed that summertime is for more than just riding the waves. More than five hundred members of the OPC gave heartfelt service on different short-term mission trips, including sharing their faith through vacation Bible schools, English classes, evangelism on boardwalks, and repairing church buildings and members’ homes.

“I praise the Lord for the continued and growing interest in short-term missions in the OPC,” said short-term missions coordinator David Nakhla, who found the testimonies of participants a blessing to read on OPCSTM.org. “I was reminded that the Lord can and does use these special settings to draw us closer to himself, even as we go, seeking to be a blessing.”

Kelly Rose, a costume seamstress and a member of Covenant OPC in Orland Park, Illinois, helped lead two mission trips for their youth group and other OP teens in July. They first helped to reconstruct a manse apartment for Todd Smith, the pastor-elect at Faith Bible Church (OPC) in Brick, New Jersey. They also rebuilt the deck of a nearby member’s home damaged by Hurricane Sandy. The team also witnessed how the Boardwalk Chapel evangelizes. Church members showed their appreciation by preparing a meal for the group on Sunday and dropping by for fellowship during the week.

Their second mission in July presented vacation Bible school programs to OP churches on the reservations of the Stockbridge and Menominee tribes in Wisconsin. On-site training sessions helped the volunteers to learn about cross-cultural ministry, ministering to poor children, and door-to-door canvassing. They then showed the gospel through VBS lessons, skits, and music, and by developing relationships with the children. The team members “reflected on the gravity of the gospel and our role as bearers of that gospel,” said Kelly. “Watching the students on this trip has challenged me to be bolder in my verbal witness of Christianity.” One convenience store clerk told Kelly, “Our kids look forward to that every year. No one comes up here and does anything like that for us.”

Newlyweds Isaiah and Calli-Jade English were among seventeen full-time staff and more than three hundred volunteers this summer at the Boardwalk Chapel in Wildwood, New Jersey. Every evening they presented an informal evangelistic service with skits and music and then tried to share the gospel with individuals afterward. “This is an incredible opportunity to gain experience and skill in sharing the gospel,” said Isaiah, who came from Matthews OPC in Matthews, North Carolina, to help train the staff in outreach. Calli-Jade wrote and directed the skits. “In the heart of what I’d call the ‘Pleasure Island’ Wildwood, the Boardwalk Chapel screams the love and truth of Christ in a variety of awesome and intentional ways to people who are longing for true joy, but can’t find it in a funnel cake or roller coaster,” said Calli-Jade. “The only skills really needed to be here were a willing heart with knowledge of Christ and the working of the Holy Spirit inside of me.”

After volunteering for four summers in the Czech Republic, Joseph Pollard, a member of Calvin OPC in Phoenix, Arizona, joined a trip in June to help the OPC Haiti Mission. His congregation gave him $1,500 in support for the team fees, and he raised the remaining $500 for supplies and immunizations. Before going, Joseph expected to receive bruises from riding over rocky roads and to get seasick from sailing to the island of Lagonav to help with three VBS programs. Instead, “I learned how to shut my mouth when complaints about the humidity flared up, how to sing through pain, and how to be increasingly flexible to win souls and train hearts to follow hard after Jesus,” he said. “Jesus is sufficient when we are faint and anemic in spirit.” Joseph also used his handyman skills to improve Benjamin and Heather Hopp’s missionary compound by completing countertops, painting, planting trees, and helping Heather to cook.

Faith Nakhla joined her husband David in reaching university students through an English Camp in L’viv, Ukraine, in July. She hoped to advance the work of missionaries, including OP minister Heero Hacquebord. She helped to prepare lessons and lead the camp’s English conversation, which slowly unfolded the gospel message over a week. “Our excitement was definitely fed by seeing the students growing in their understanding of the gospel,” said Faith. One camper “panicked” after realizing she could no longer rely on her own good works. Another self-described atheist left camp calling himself a “former atheist.” Although she is uncomfortable witnessing to neighbors at home, she hopes to find more opportunities to share the good news in her neighborhood after having so many open discussions at the camp.

On her first mission trip, Michele Sinacori helped to chaperone members of Grace Presbyterian Church’s youth group as they learned how to evangelize in Key West, Florida. Pastor Bill Welzien in June trained the Columbus, Ohio, group to talk clearly with others about Christ from a Reformed perspective. Michele found it wasn’t easy to put into practice what Bill taught, but was thankful to be reminded that their efforts weren’t in vain, as God uses the seeds that are planted for his purposes. Some of the group also dug a trench to help water run off from the Keys Presbyterian Church property. The team stayed in the church’s dorm-style accommodations and cooked their own meals. While the students paid their own airfare, the Columbus congregation picked up the remaining cost. During evening witnessing in Mallory Square, the group prayed with the family of a seriously injured man and spoke with a charismatic family of five and a Hindu family.

Many volunteers also ministered this summer in Uganda, Japan, and other parts of Asia; helped with VBS in San Antonio, Texas; assisted in outreach at a Peach Festival in Middletown, Delaware; and helped with English-conversation outreach and ministry to the homeless and those recovering from addictions in Naples, Florida. Large doses of elbow grease also aided churches in St. Augustine, Florida, in Neon, Kentucky, and in Magna, Utah.

Over the years, volunteer Kelly Rose has witnessed the benefits of participating in STM trips: “Energy and resources we would normally use to serve only ourselves, instead are called to be used in service of others, both those we came to minister to and our fellow team members.”

David Nakhla appreciates how participating in STMs positively impacts those who are served and positively transforms those who go. The volunteers “can bring back into the church a renewed zeal for the Lord and how he does actively work in and through our feeble efforts,” said David Nakhla. “This is all for the good of his kingdom around the world. I look forward to the Lord expanding our fleet of short-term workers in the years to come!”