Our Goal Was To Show God’s Love

Our Goal Was To Show God’s Love 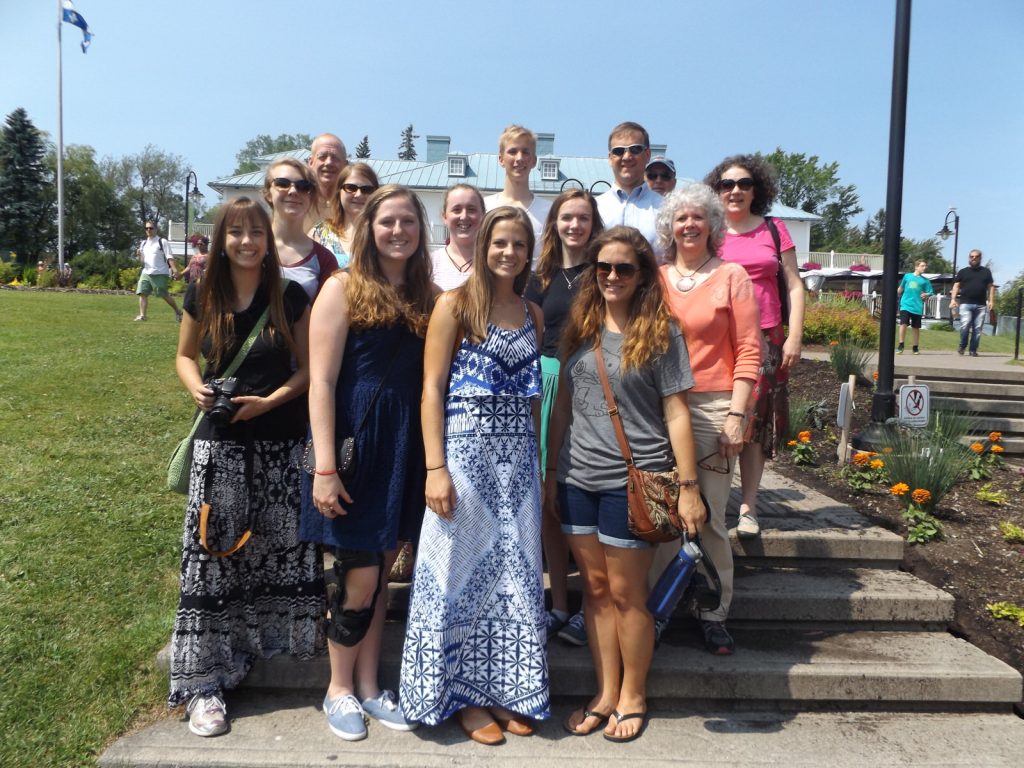 Traveling to Canada to help with the "English for Kids" Bible Camp at St-Marc's Reformed Church in Quebec City was my first experience with short-term missions.

Although we were not in an impoverished country, we were surrounded by theologically "starving" Canadian children.  Having been raised in the OPC, I was taught that our God is everywhere, all-knowing, and eternal.  So as I was placed in a classroom of fourteen French-speaking children from all across the world, I should not have been surprised when those Bible truths - like the English language - were new to them.

Our lessons for the week covered the familiar stories of Creation, Cain and Abel, the Fall, and the Flood. Many of the questions asked by the children were familiar ones, having to do with the long lives of Noah and other Bible characters, or how all of the animals could fit on the ark.  However, those questions which I was not anticipating were ones such as, "God can't be in China, they worship other gods there," and therefore, "How can God be in Canada and China at one time?" These children were generally sent to this camp to hone their English skills, but seemed to be just as curious about the Bible and its lessons as they were about the language.

Although the children of Quebec were not physically malnourished, they were, for the most part, theologically malnourished. Seeing their lack of gospel knowledge not only made me thankful that I was raised in the church, but also reinforced the importance of short-term missions such as "English for Kids." Quebec's population has less than one percent French-speaking Evangelical Christians, so our efforts to spread God's Word among them can be nothing but beneficial.

"Now the parable is this: The seed is the word of God." (Luke 8:11, ESV). Short-term missions such as "English for Kids" Bible Camps give us the opportunity to plant that life-changing seed.  Our goal was to show God's love through this camp, but only Christ's love and grace can open the hearts of these children to truly know him.