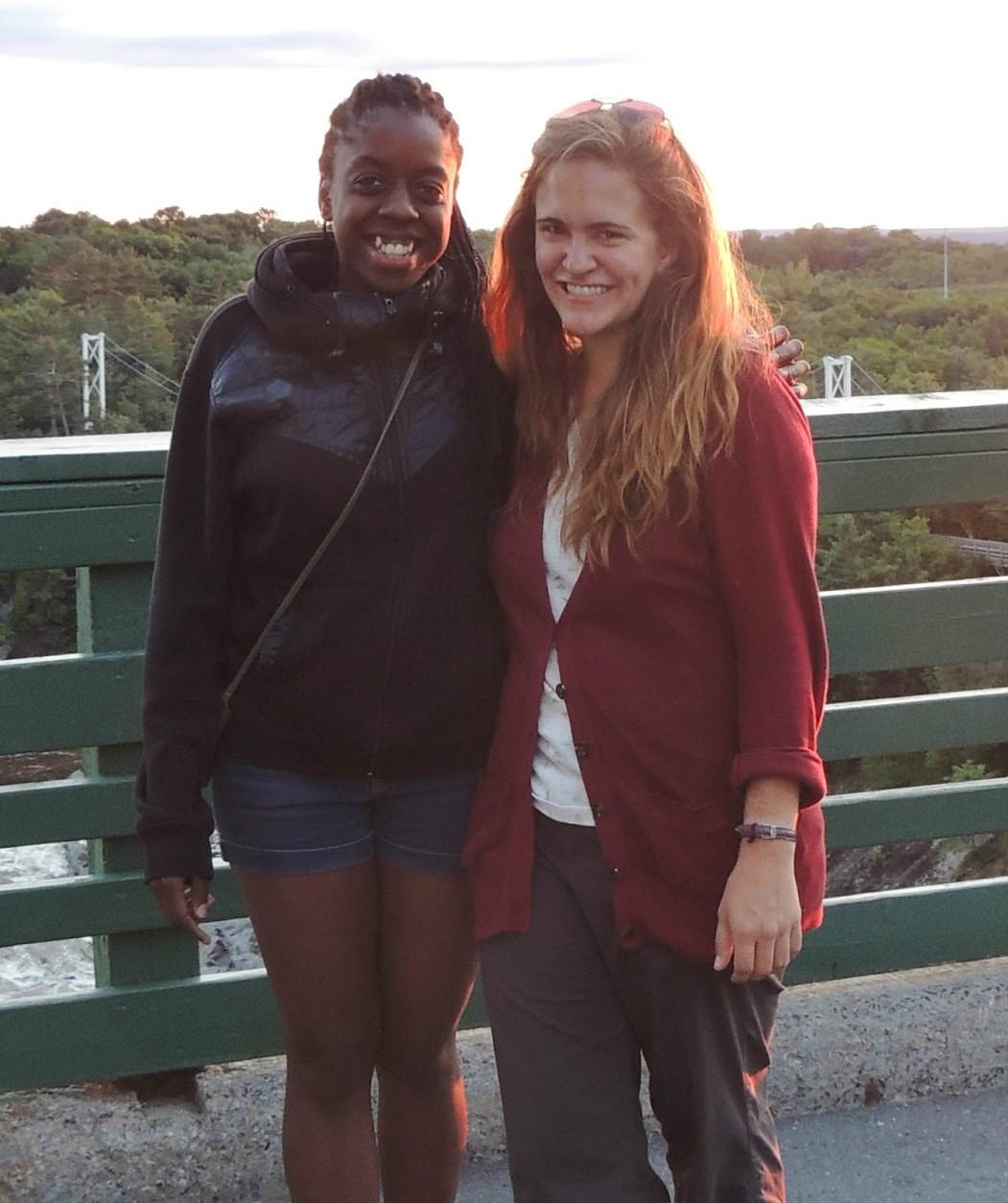 Jennifer Nelson is a Missionary Associate in the OPC and served as the Coordinator of the 2015 “English for Kids” Bible Camps in Quebec City. This annual, three-week outreach to French-speaking children is sponsored by St-Marc's Reformed Church, where OP Missionary Rev. Ben Westerveld is the Pastor. The camps were held this year from June 27–July 18, 2015. One simultaneous camp was also held in St-Georges, Quebec.

OP churches represented on the Quebec City teams in 2015:

This last month has been a little crazy for me. I have finished my first summer of three weeks of English day camps for kids. We had three different teams come every week from Canada and from the United States. Not only did these groups have to work together, but they also had to live together in the same house during the week. It can sometimes be difficult working with different people from different backgrounds, but with a lot of communication and with God's help we didn't have any serious issues among the team members.

We also had a very full camp every week. This year was the first year the church has had to put kids on a waiting list. We had 54 kids the first week and decided that was too much. Our teacher for the 5-7 year old kids that week had 17 children in one tiny classroom that was most likely made to hold 10 kids or less. So we created a limit of 50 kids per week. We had around 5+ kids on the waiting list for the next two weeks. That was amazing to think about! We are hoping a lot of those kids will return next year and we already had some parents say they wanted to sign their kids up for the next year. We are so thankful for that!

My first week was a little more stressful for me than the other weeks. It was my first week, so I was learning the ropes of how the camps worked but I was also leading music. I have never led music before in my life, let alone lead 50+ kids to sing songs that they don't know or don't want to sing. So I was singing as loud as I could with high-pitched songs the entire week. My throat was sore and my voice was nearly gone by Wednesday evening!

I also learned some lessons on how to deal with misbehaving kids that week. The theme for that week had been about Jesus being the one Mediator between God and man. The fact that another camp leader and I took on the role of being mediators between these misbehaving kids and their teachers was a lesson to me. Our pastor, in his sermon the following Sunday, even talked about how we as Christians can be mediators and intercessors for those that we love. It was a lesson that reminded me of God's grace toward us.

Those two kids improved their behavior just enough to get through the end of the week. But one of the two came back the following week and seemed to have an improved attitude that week. I was glad to see that, but still hope and pray that God will change their hearts.

That week had a few rough starts, but we made it through with a lot of prayers and patience. I learned that I don't always do too well in stressful situations. I am still working on that and I saw some small changes and progress throughout the next two weeks. But I don't know how that first team put up with me and I am thankful for their forgiving and positive attitudes throughout the week. They were a great help and a witness to me. I am so thankful to be able to now call them my friends. 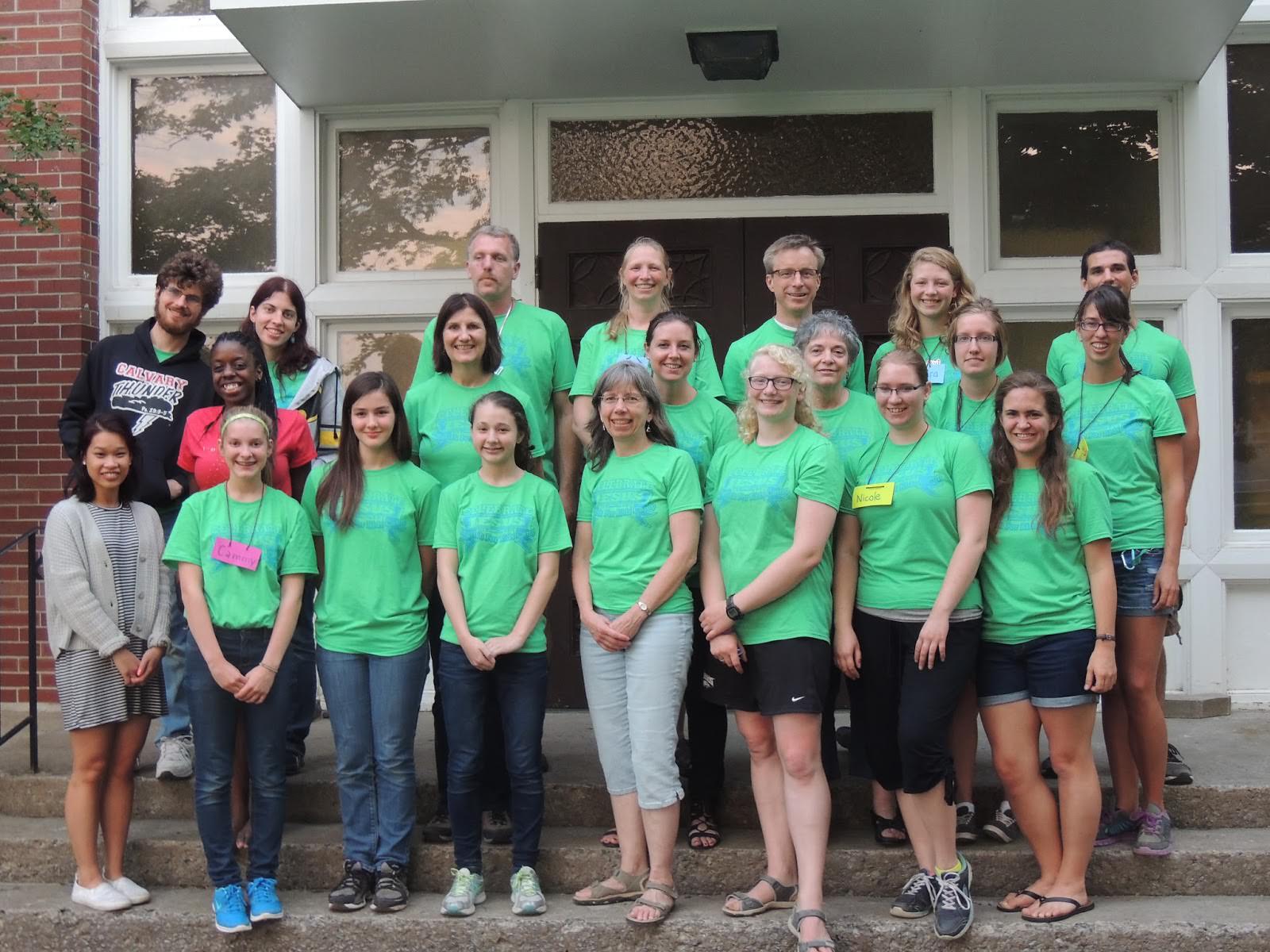 The second team was a larger team and was set up differently. They had too many volunteers to run the camp, so we tried something else with a few of the extra people. Our original plan was to take five members with us to camp with teenagers during that week. But because we didn't have enough teenagers signed up, we had to cancel that plan and come up with another plan.

The rest of the team still did the English for Kids program as planned. They also had a full week with 50 kids on a very hot week. So they were very tired at the end of the week, but I never heard about any major issues with the kids, which was a good thing in my opinion. There were a few issues of miscommunication at times, but once that got cleared up the whole team worked well together. They had a successful week. Even though I wasn't with them during the days, I still had some good times with them at the end of the day and I enjoyed their friendships. 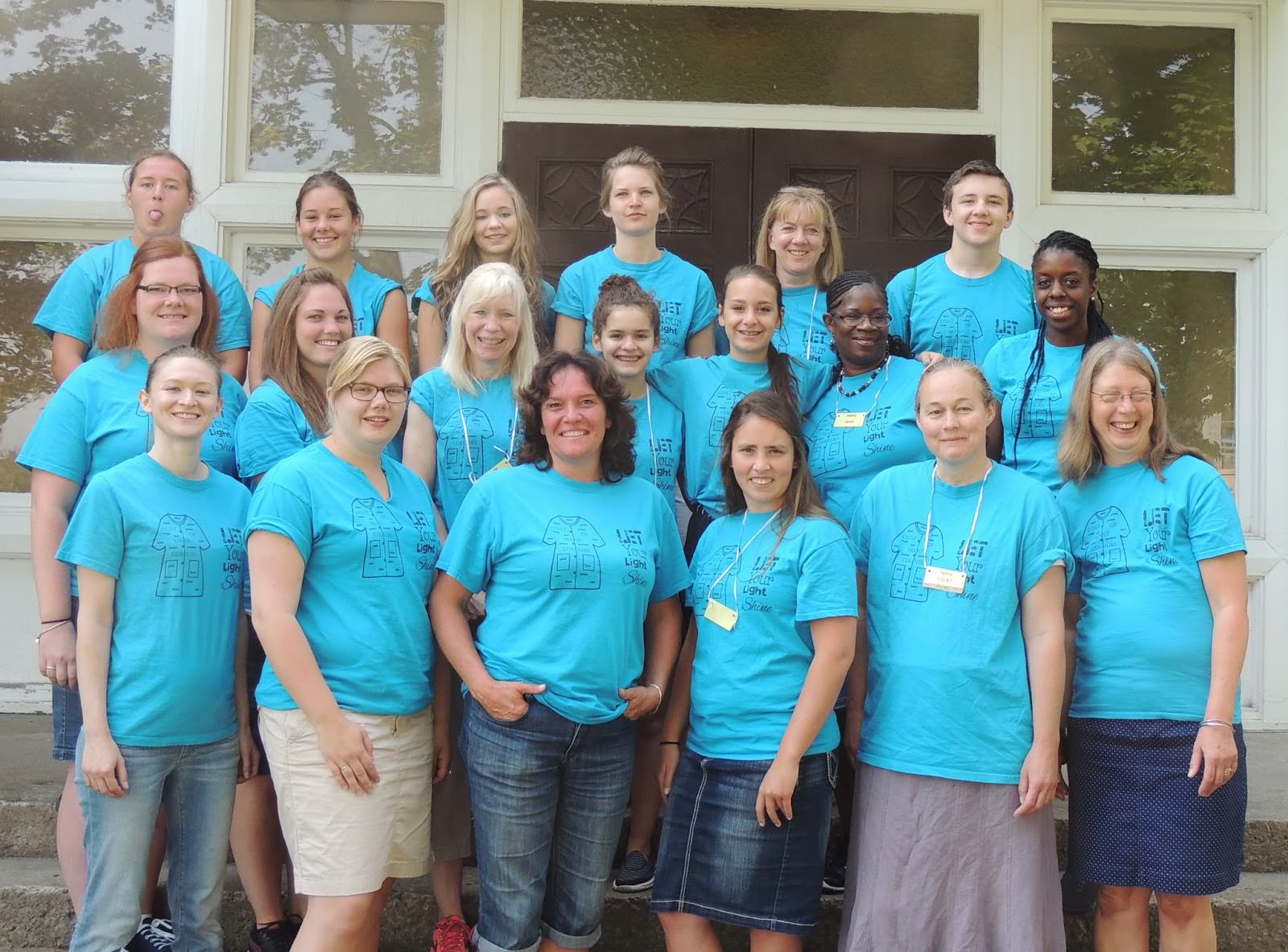 So what did we do with those extra five people mentioned above? We did English Conversation activities!

We went to one of the nearby malls in the morning to talk to people in English, we would go out to parks in the afternoon to talk to people in English, and then we would return to the church to have more formal English Conversations with people who would stay for that. We may not have been corralling 50 kids all week, but we were still busy. Every day we had to push away our insecurities to ask random strangers walking by if they would like to practice their English with us.

People in Quebec have lots of opportunities to learn English if they want to, but not a lot of chances to practice it. I have come to realize that when someone, who wants to learn English, finds out you speak English, they can be really excited to practice with you. So that is what we were offering to the local people surrounding the church. We had many good conversations and some great connections were made between some Americans and "Quebecers."

We did have our own struggles though. On Thursday morning, an official from the mall came and said we couldn't be there at the mall anymore. It was a little disappointing at first, but we learned about what we can and cannot do next time we try to have English Conversations in the mall. We also had several people walk away or flee from us as soon as the word "church" was mentioned. But I was very encouraged by this team's reaction to that. They prayed. We prayed every day for the people we would talk to, for those we had talked to before, and even for those who had turned away from our conversations. It was a great reminder to me to bring everything, even the smallest details of life to God. Nothing is too small to bring in prayer to our loving Father. 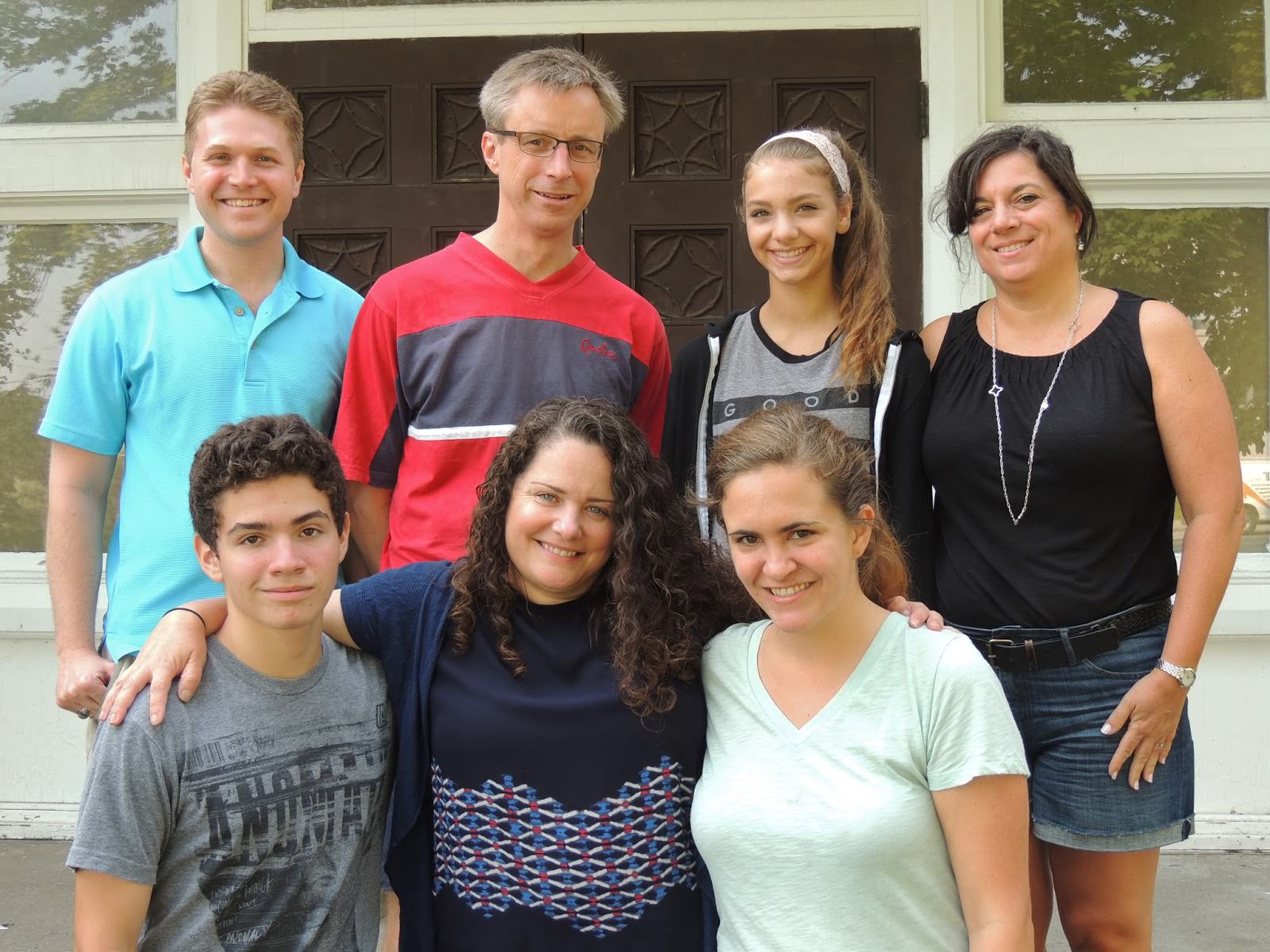 I really enjoyed getting to know this entire team. I made a lot of connections with some of these people and they were such a blessing to me. My birthday was during that week with this team. They were so sweet and actually bought me some very nice gifts such as wine, tea, and a tea travel mug which I have used and am enjoying a lot. They were a wonderful team to be able to spend my birthday with.

The third team was quite a bit smaller than the other teams, which meant more work for every person. Almost every person on that team had at least two to three jobs to do throughout the week. I remember thinking, how will they manage this, but every person worked so hard and did their best that the whole week went smoothly. This team also brought many things to God every day, and I was very encouraged to see that and to hear their prayers. Even when I got scared with the threat of a pulmonary infection, the team was so supportive to help me recover and prayed for me. I was very thankful they had a nurse to help us decide what to do. Thankfully my lung sounds were clear by Wednesday, and I have continued to improve with each day.

We were also blessed to see small improvements in some of the kids throughout the week. Some of the troublemakers weren't as troublesome by the end of the week, and one child actually came back and asked for forgiveness and fixed a problem he had created. We were very thankful and excited to see that. It was a successful week and I had a lot of fun with the team that week. They had a lot of fun people on their team which made the whole group have a fun and positive outlook on the week. I really enjoyed working with them. 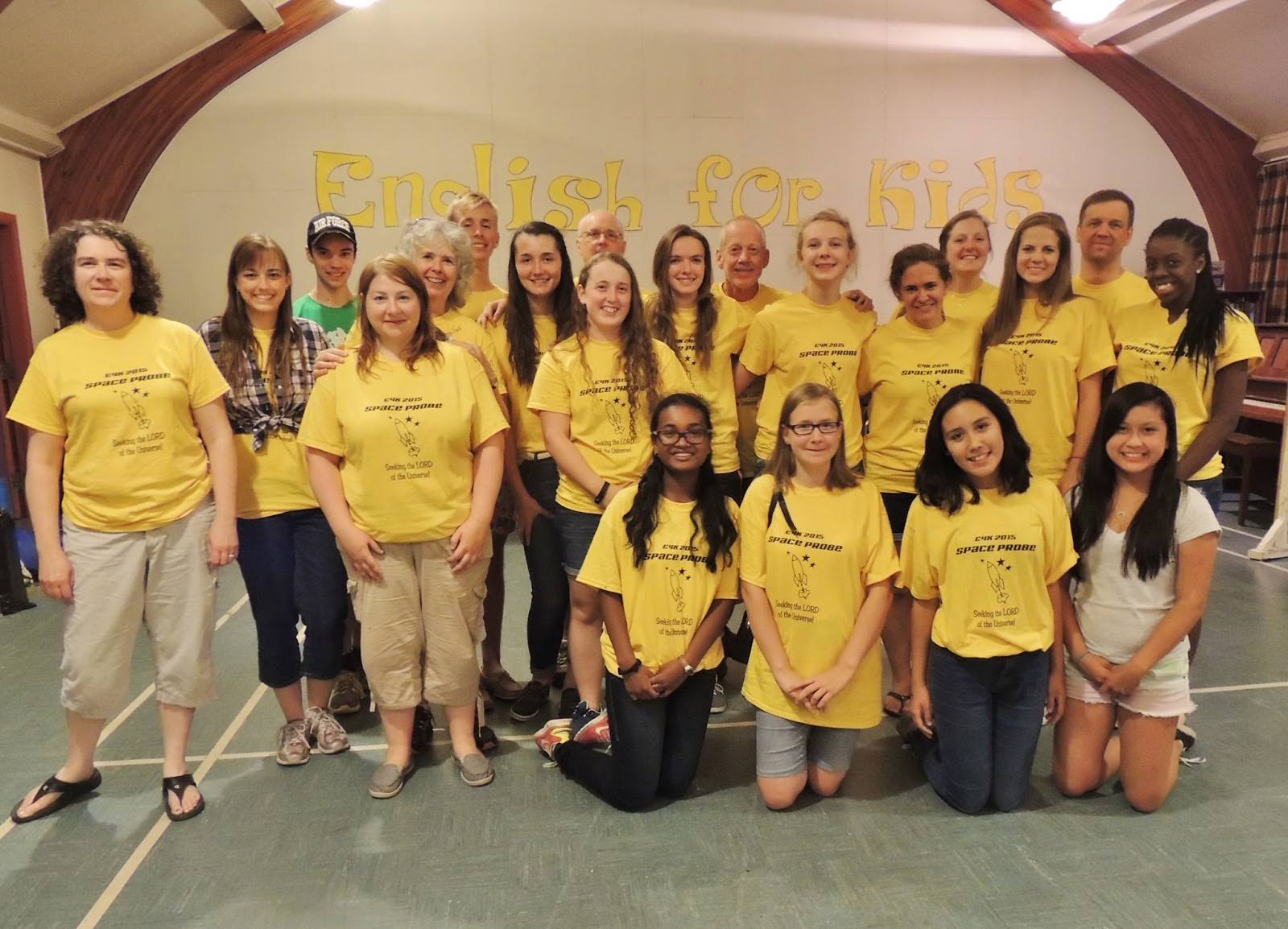 I really enjoyed working with every team. I felt very blessed to work with every person from every team. I learned a lot from each team, and I am so thankful to be able to call them my friends and brothers and sisters in Christ.

I need to give one last "shout out" to my good friend, Suzy Djeki, who was my partner in all of this. This was her third year being the camp manager and I don't know what we would have done without her. She is a wonderful godly woman who loves these kids and this ministry so much. I am so thankful to have been working with her these last three weeks, and I am so thankful that this work has created a close friendship between us as well. Thank you so much, Suzy!!

Thank you to everyone who prayed for the camp, the kids, the teams, and for me when I felt a little "under the weather." God answered our prayers and we had three successful camps. Please continue to pray for the kids that we taught. Pray that a love for God will grow in their hearts and that it will spread to their parents and families. We may not be seeing the fruit of our labors right away, but we hope and pray that God uses the seeds we have sown to bring these people to Him.