Declare His Glory Among the Nations

Declare His Glory Among the Nations

OP Missionary to Haiti, Rev. Ben Hopp, provided the following updates on Facebook on the work of "Team Haiti" while they were on the field, June 22 - July 2, 2015. 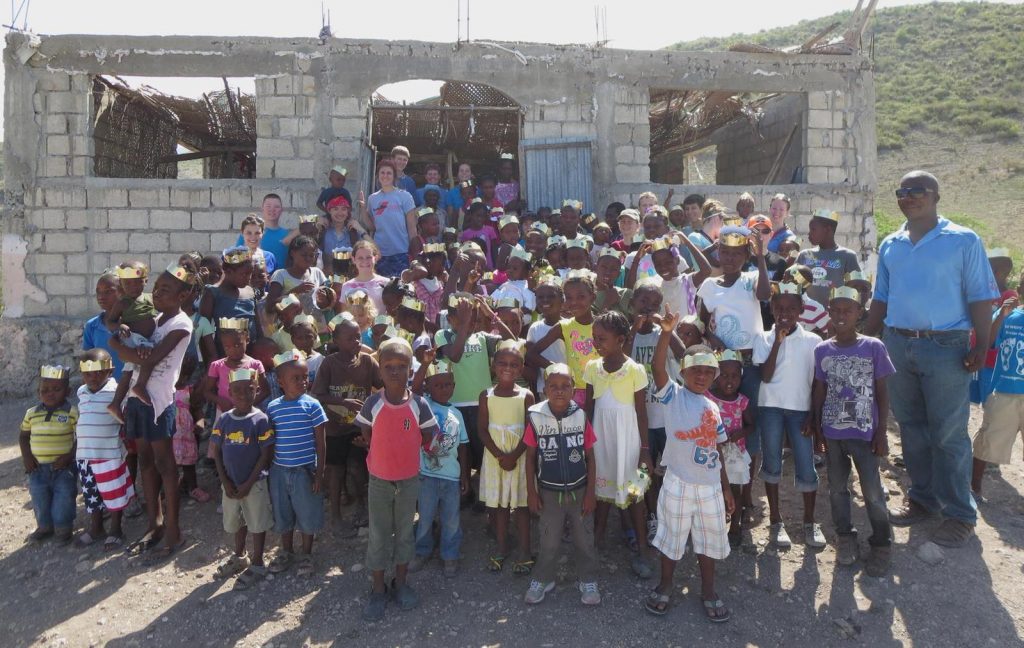 Team Haiti 2015 has arrived and already completed the first Vacation Bible School program in Lanzac. The church is a short hike up the mountain about 15 minutes north of the Kaliko Mission Home. The team taught the Children's Catechism questions on Christ's offices of prophet, priest and king. Though it is very hot here, everyone had a great time with the kids. We had about 120 the first day and nearly 100 on the second day. Praise the Lord for the love shown by the team members for each of the children who came. Now the team is off to La Gonâve for programs at two more churches. We are thankful for the team made up of OPC church members from California, Arizona, Maryland, Wisconsin, Oregon, Michigan and Virginia. 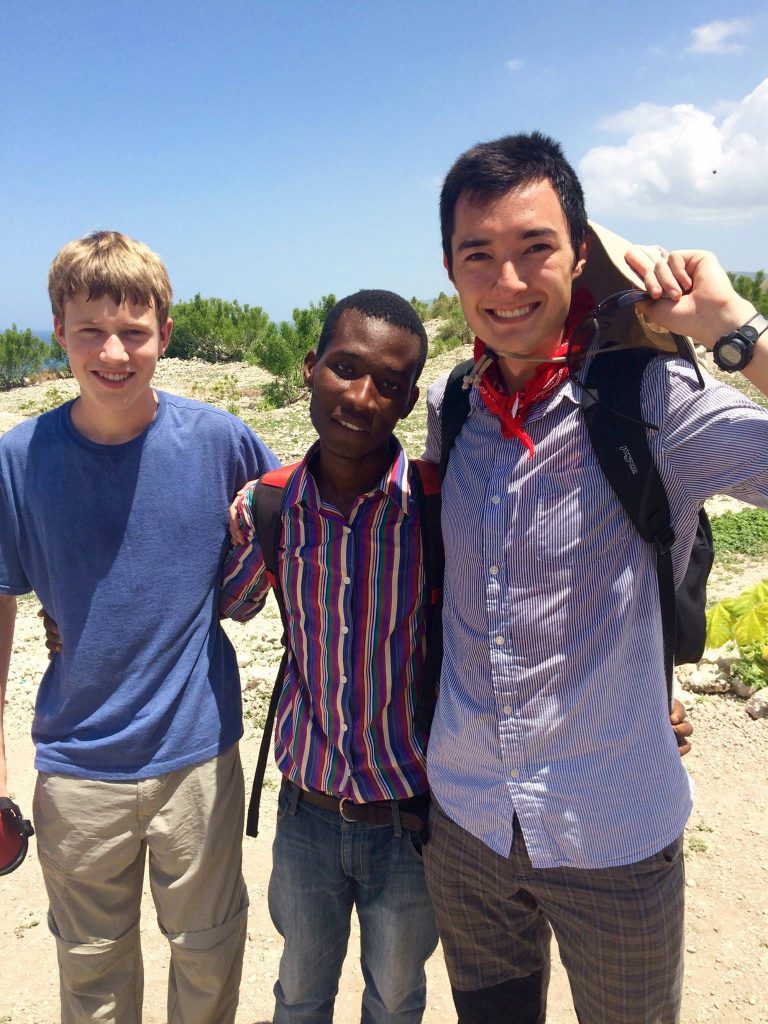 One of the challenges for Team Haiti is that they don't speak the local language - Haitian Creole. So how do they explain crafts, teach Bible lessons and get everyone lined up for snacks? They do it through interpreters. Benjamin and Heather Hopp help, but they also use the services of interpreters like Jerry. Our VBS programs are not only about reaching children with the gospel but about making relationships. Matthew and Joseph from Team Haiti 2015 give thanks for the hard work Jerry did for us over the two days in Lanzac.

Team Haiti 2015 is now on the island of La Gonâve, 13 miles off the coast of Haiti. Day One of the Vacation Bible School program in Nan Mangot was a great success! Though the group of kids was not as large as in Lanzac, they listened very attentively to the lessons. One aim of our VBS programs is to find ways that the local church can participate. Our goal is to eventually have them doing VBS on their own like the church in Port-au-Prince. We were delighted with the enthusiasm of these two girls, who both attend the Nan Mangot church, as they led the kids in lots of gospel songs. God is praised in many languages, including Haitian Creole! 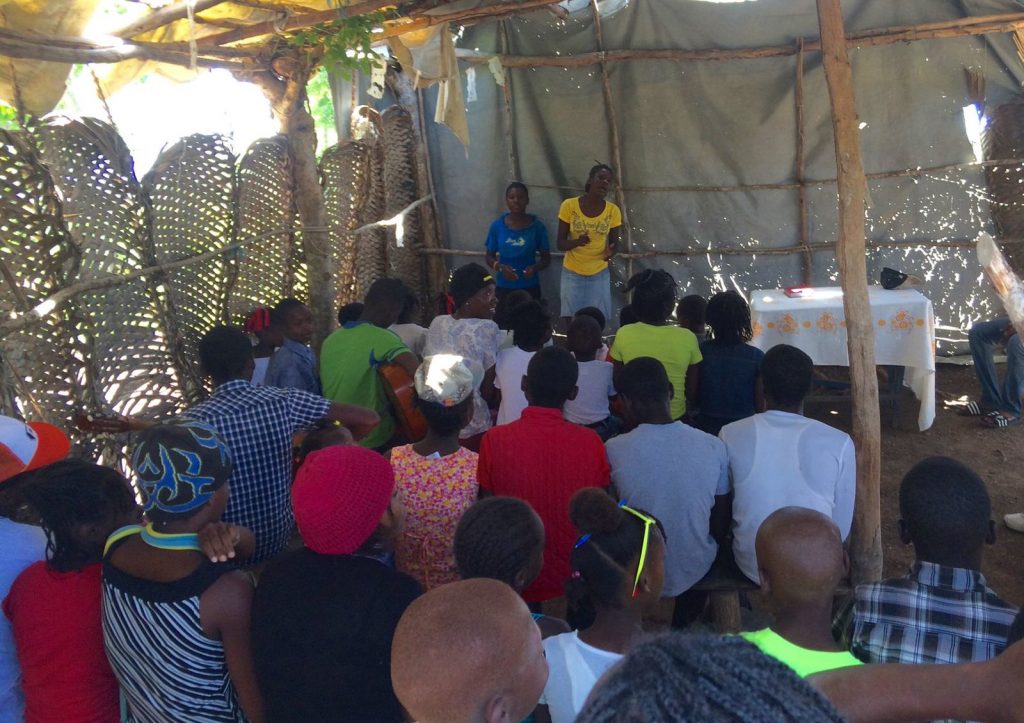 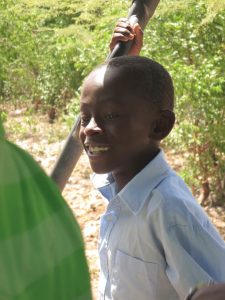 Kerby has been attending VBS for years!

One of the privileges that short-term teams have in coming to Haiti is worshipping with the Haitian believers. Our team worshipped at Bethel Church in Doglace this past Lord's Day. It gave everyone a chance to see the similarities and differences in the worship service. While the singing and prayers are in Haitian Creole, we had a visiting OPC licentiate Broc Seaman exhort the congregation from Mark 9. The team also served the congregation with a special music number. After the service, the team got a chance to meet some of the kids who would come to the Vacation Bible School program on Monday and Tuesday. Pictured is Kerby, one of the young boys from the Doglace church who has been coming to the VBS programs for years now. He is enjoying a moment with the Hopp's son Elijah. 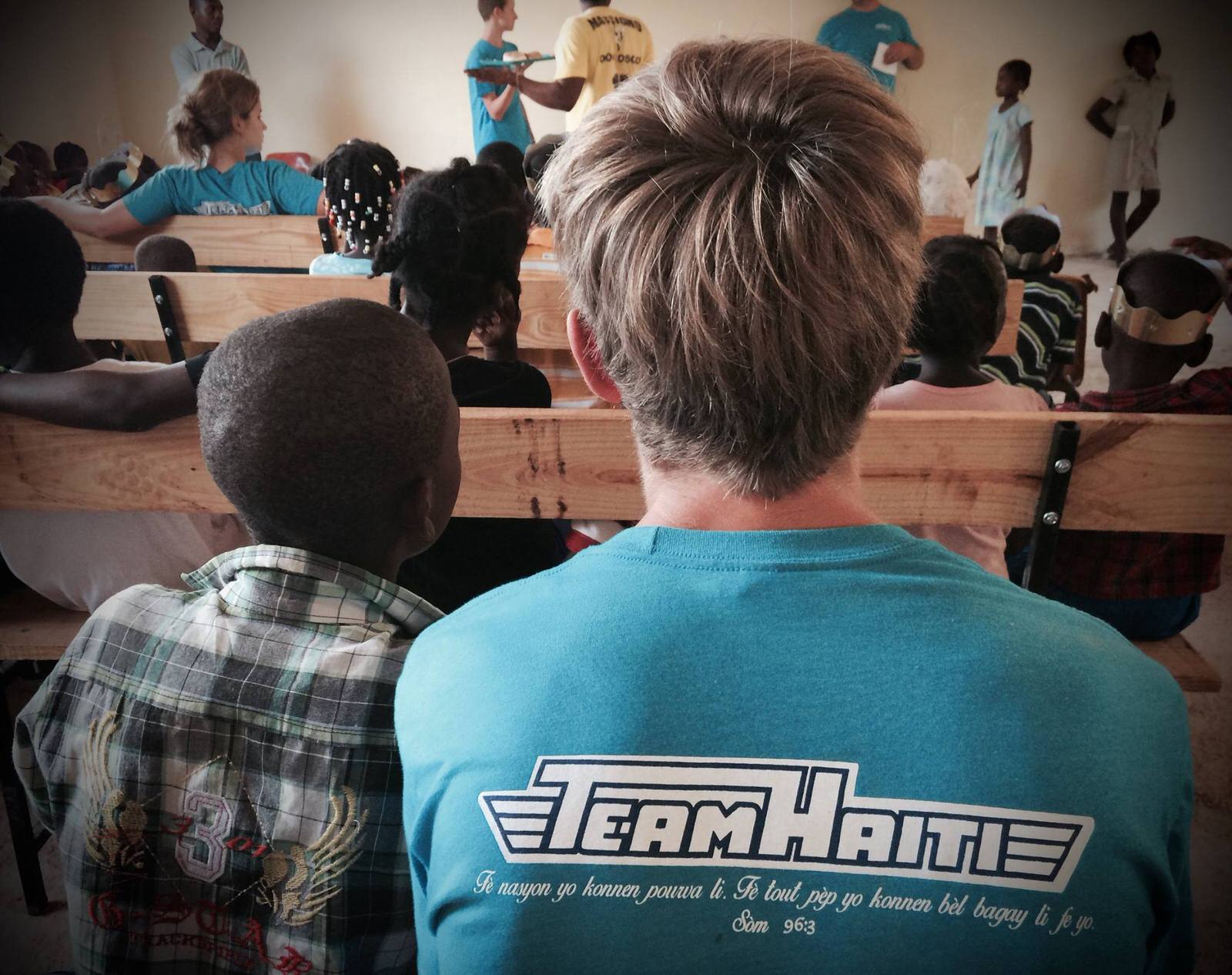 The theme verse printed on the back of Team Haiti's t-shirts over the past 8 years has been Psalm 96:3 "Declare his glory among the nations, his marvelous works among all peoples!" We dropped the team off at the airport today after 10 days of hot and dusty work in Haiti. We are grateful for their maturity, stamina, and the joy they brought to the job of declaring God's glory to the children of Haiti. Although we are all tired, it is exciting to think that over 300 kids now know more about Jesus as Prophet, Priest and King and why they need to put their trust in him. Pray that God would use all these kids heard to bring them to faith and usefulness in His church so that they, too, can declare his glory among the nations.