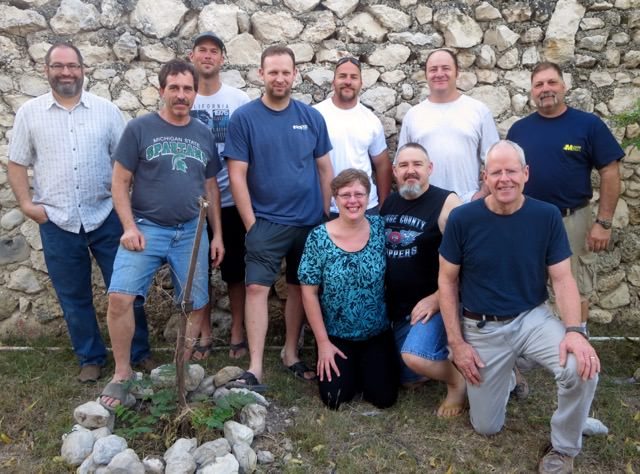 Members of the Kaliko Kitchen/Renovation Team in Haiti (February 2015)

OPC Missionaries to Haiti, Ben and Heather Hopp and their family, were particularly blessed last month (February 18-27, 2015) to have a team of skilled workers descend upon the mission property in Kaliko, Haiti, and carry out a ministry of mercy. 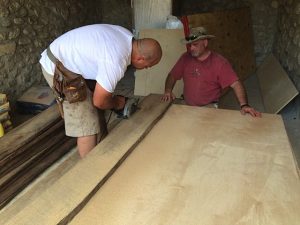 The work focused on making renovations to the kitchen and security features of the home.  These enhancements have not only helped to resolve a number of problems with the house, but will increase the ability of the Hopps to host short-term mission teams coming to work alongside them.

Special thanks goes to Mr. Broc Seaman, a licentiate of the Presbytery of Southern California and an experienced carpenter who, after nearly 10 trips to Haiti since 2008, took the initiative to raise the funds (much of them from his own presbytery) and recruit the team needed to do the work, on top of planning and leading the execution of this Herculean effort! 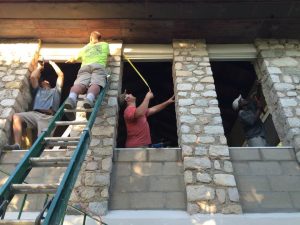 "The team is still hard at work after arriving Wednesday.  They spent the first evening setting up the work teams and have been putting 12-14 hour days since.  We are grateful for Broc Seaman’s leadership of the project.  The main tasks of tiling, building new cabinets, and installing new security windows are well on their way.  The fellowship has been delightful.  Heather and Eileen Vanoyen, here with her husband, have been busy cooking in their outdoor kitchen.  Keep praying for safety, no significant rain and for completion of the project in good time." 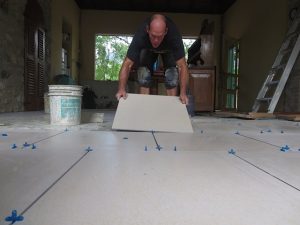 "The Kaliko Kitchen/Security Renovation team is now safely home.  We are so grateful for these 10 men and 1 woman who spent their week serving the OPC Haiti Mission by working at the Kaliko Mission Home.  They worked long hours and accomplished a lot!  New kitchen cabinets, tile throughout much of the upper floor, new windows in the kitchen and screened-in porch, plus a myriad of smaller items including new electrical circuits for the kitchen.  Heather and Eileen also put a lot of effort into meals cooked in their outdoor kitchen while the real kitchen was being renovated.

"God very clearly brought together a team with just the skills that would be needed.  We give thanks for the team members who came from California, Arizona, Minnesota, Michigan, Florida and North Carolina (team member Randy Kreisel not pictured).  A special thank you to project manager Broc Seaman, stated supply of an OPC church in Arizona, who spent a lot of time organizing things ahead of the trip.  God is good!"