The ABCs of Short-Term Missions

The ABCs of Short-Term Missions

From the December 2014 issue of New Horizons 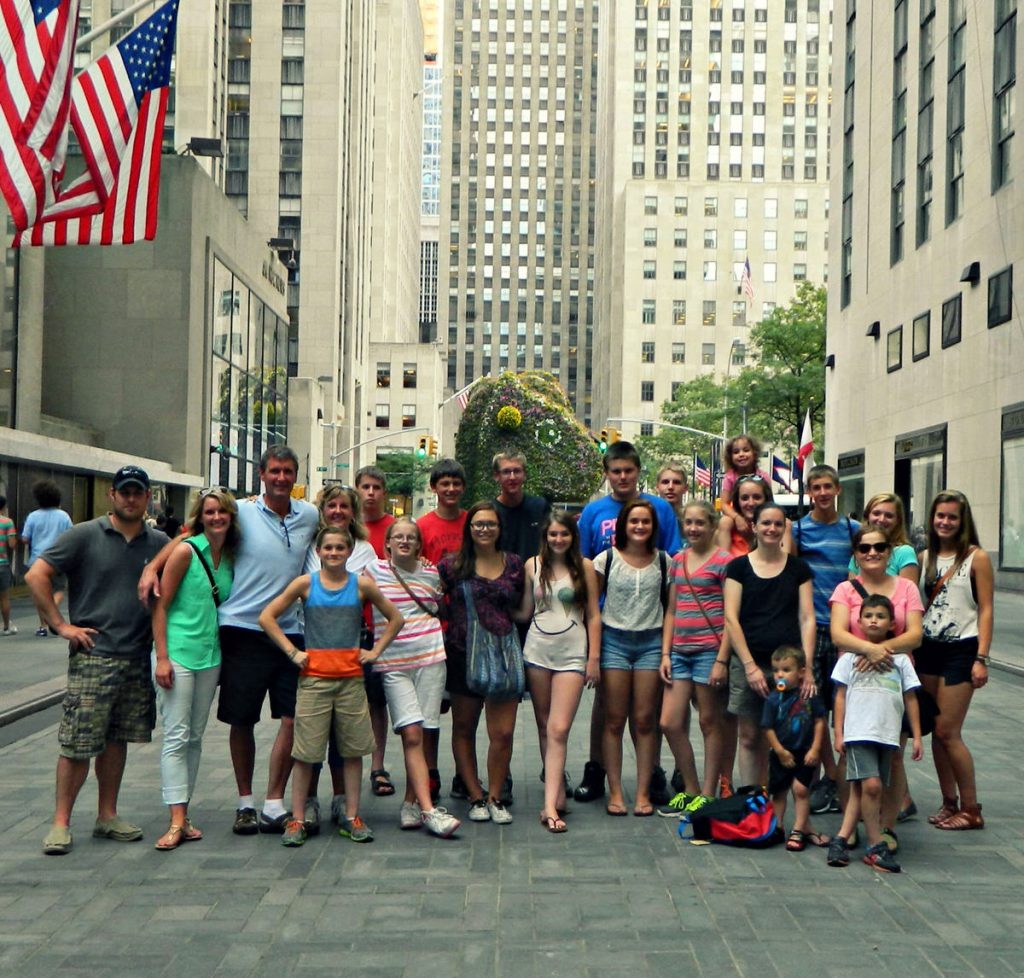 The ABCs of Short-Term Missions in New York

Steve Igo, pastor of Cedar Church in Hudsonville, Michigan, has been on dozens of short-term missions trips to various places and with various ministries, leading about half of them. Several years ago he decided to organize short-term missions trips to benefit Orthodox Presbyterian church plants. In July, he took a team of about twenty-five students and chaperones to Queens, New York, to help out Reformation OPC, of which Jon Shishko is the pastor. “Every trip is different,” Igo said, “and not all of them work out, but this one was special.”

A successful trip involves planning, and Igo says the best trips are led by students as much as possible. This group helped pick the location. “We had gone north, south, and west, so the kids said, ‘Let’s go east.’” They also prayed for the trip and helped to plan logistics. Pastor Shishko called the group “unbelievably prepared,” adding that they were careful to make sure they knew exactly what they needed to accomplish their goals. Team members also raised money to cover the costs of the trip, holding an “Ides of March” fund-raising dinner and other events.

There was work for Jon Shishko to do too. He purchased supplies that the group would need for their main outreach project. He also made sure to get the necessary permits for holding the events. To keep costs down, Jon and Lauryn Shishko and Jon’s parents, Rev. Bill and Margaret Shishko, housed the team. Meals were eaten in Jon and Lauryn’s backyard under a 10-by-20-foot tent.

Excitement in the local congregation is also important. Igo contacted several congregations in the East about the team possibly coming to their church, and while all were happy for the opportunity, Shishko was immediately excited. “Jon and Reformation OPC reached out through email and pulled us in,” said Igo. By Christmas, the group knew they were headed to the Big Apple.

Shishko said planning far in advance was vital to the success of the week. The group had each day scheduled before they arrived, though they had to be flexible to deal with bad weather. 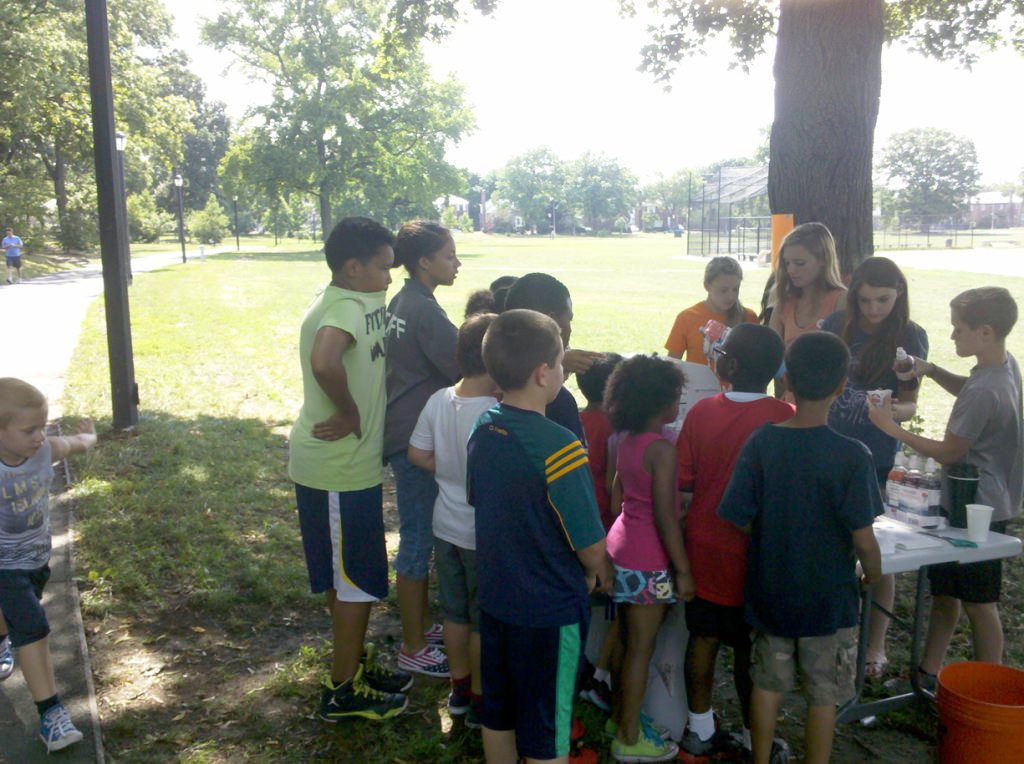 Igo’s goal for the week was to have 1,500 evangelistic contacts. Statistics suggest that would mean two or three families visiting worship, but how do a bunch of kids from the Midwest start conversations with that many New Yorkers? Igo looks for ways that missions teams can practice “servant evangelism,” an idea he got from reading books by Steve Sjogren. The idea is to do something kind, something out of the ordinary, that will make people ask why you are doing what you’re doing.

“We were there for one week, but we wanted our work to have an impact over the next several months,” Igo said. So he worked with Shishko to tie their efforts to things Reformation was already doing. Each summer, Reformation hosts BBQ&A, a time when the congregation “takes Sunday outside.” They invite visitors to enjoy food, fellowship, preaching, and an interactive question-and-answer session in New York’s Cunningham Park. The decision was made to station the team at the park and invite as many people as possible to BBQ&A.

So on several late July days in Cunningham Park, servant evangelism meant handing out snow cones—about three hundred of them each day. When people asked why they were receiving free snow cones, it was easy for team members and folks from Reformation to invite them to BBQ&A held in the same area. They also invited people to Reformation’s other outreach events and Bible studies—and, of course, to worship. 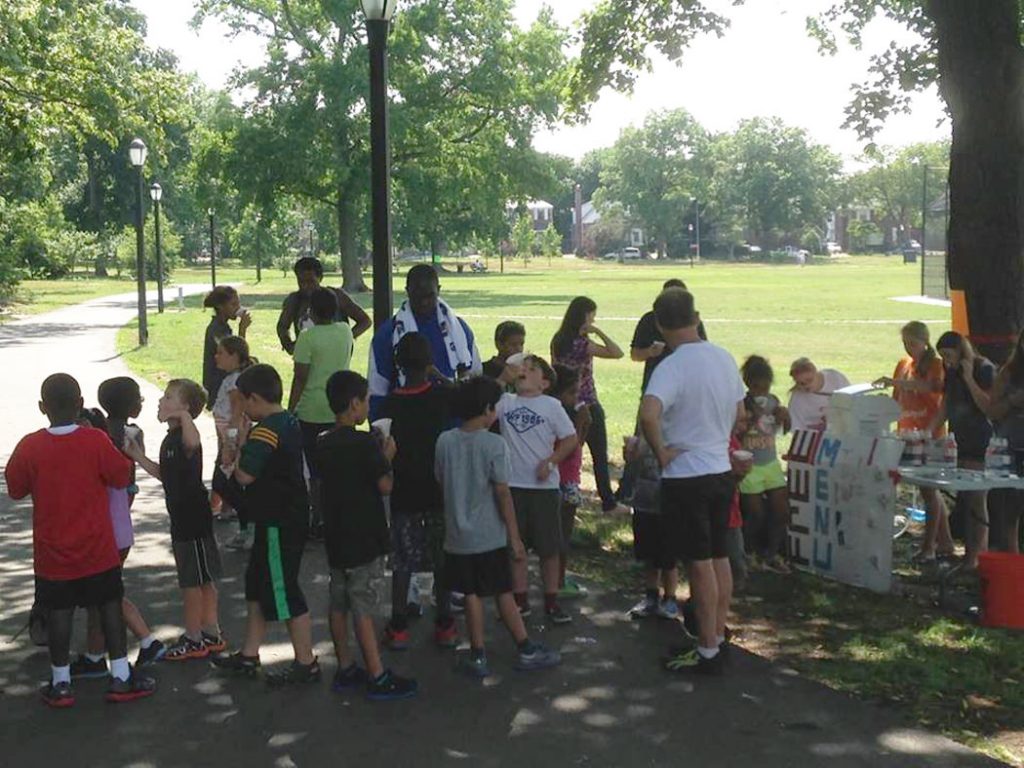 Igo said that the students found that conversations came easily. People opened up while enjoying the snow cones, and the kids ate up their stories. One woman was so appreciative of the work being done that she ordered food for the team and had it delivered to them in the park.

When it rained one day, everyone quickly switched gears and created a mailing assembly line in the living room, where they filled about one thousand envelopes with information about Reformation and its outreach events, to be mailed to the people in the neighborhood. Rather than letting the weather get them down, the students sang as they stuffed, labeled, stamped, and sealed the envelopes.

Shishko hasn’t identified any visitors to worship who have come as a result of the team’s work yet, but he estimates that up to one hundred people came to at least one of the BBQ&A events held the first three Sundays in August, and some came to all three.

The people at Reformation were thrilled to have the team come. Young people in the congregation enjoyed connecting with the visitors, and the congregation as a whole is happy for the reminder that they are part of a larger body of believers. Shishko hopes to host another group in the future—as soon as next summer, if possible. 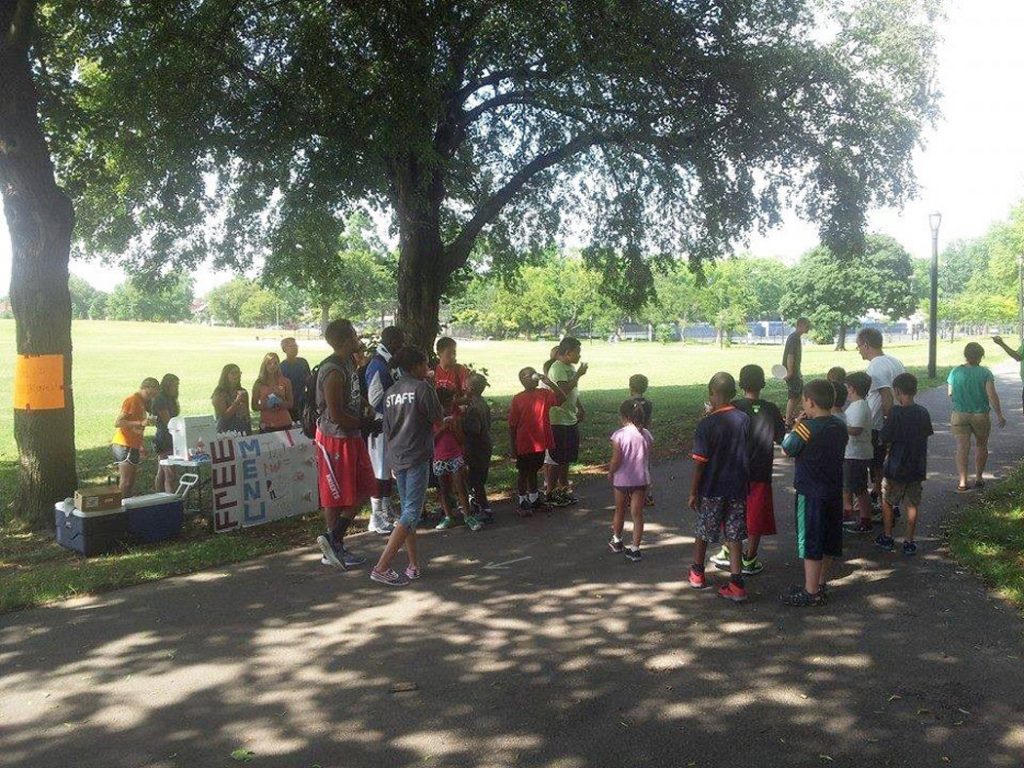 Igo sees great benefit for the students who go on the trips. “It stretches them,” he said, “and helps them to mature.” Relationships deepen during the trip. Igo is also pleased that they see the power of the gospel away from home. “It helps them see that Jesus is not just a tribal deity.” The trip also encourages the congregation by giving them new ideas, and helps them to realize that they can do some of the same things on their own. In this case, Reformation was encouraged by the large number of visitors who wouldn’t have come to BBQ&A without the snow cone outreach.

Igo suggests starting preparations months before leaving on a short-term missions trip. Having students involved in every step gives them ownership of the trip. Make sure the congregation you’ll be working with is planning too. Bonds of fellowship will be strengthened as hosts and visitors work side by side, so plan at least one event when most of the host church will be available to help.

To help the group prepare for the trip, get together in January and continue meeting a couple of times a month for Bible study, prayer, and planning. Igo says that having students raise money for the trip will further increase their investment in the project. Working on fund-raisers can also strengthen the bonds between participants before leaving for the destination.

If your phone rings, be ready. It could be Steve Igo, asking if your church would like to host a group of kids who are ready to invite people to your church. And if you would like to lead a trip to New York, talk to Jon Shishko. Igo says Shishko has a creative mind, and he’ll think of something good for you to do.

Other church planters would be happy for the help also. A good place to begin your search for a suitable trip is www.opcstm.org, which lists short-term missions opportunities in the United States and around the world.