Short-term missions coordinator David Nakhla’s goal for each OPC short-term missions team is to help the missionaries on the field in bringing the gospel to the nations. He also hopes to enrich the experience of the team volunteers, so that when they return from a trip, they will continue to pray for the mission.

This past summer, with the assistance of OPC presbyteries and congregations, Mr. Nakhla helped to publicize and organize volunteers into short-term missions teams that traveled to Haiti, Japan, Quebec, and the Czech Republic to help OP missionaries reach unbelievers and encourage believers through vacation Bible schools, English language camps, and diaconal aid. The reports back indicate that Mr. Nakhla’s goals were met, by the grace of God, as both missionaries and volunteers testified to the Lord’s blessing. 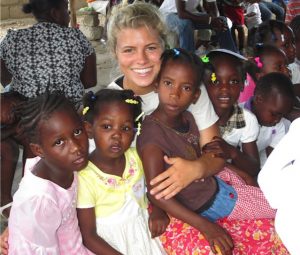 When the team arrived at one Haitian church, which was participating for the first time, a prayer meeting was held. But even with the Haitian language being spoken, the team members recognized their own names being mentioned. The church had been praying for the team.

When the short-term teams are helping them, Mr. Hopp and his wife, Heather, are able to interact with the Haitian children and adults at a personal level that would not otherwise be possible. The teams also provide more intensive training opportunities and reinforce to the churches participating that others share the same view of Christ and the Scriptures. 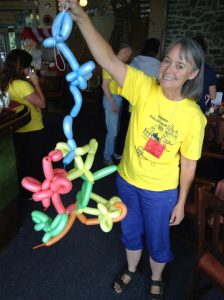 Bayview OPC in Chula Vista, California, sent its seventh team to the Czech Republic to run a Christian English Camp from July 13 to 19 in conjunction with the ministry of OP affiliated missionaries Jerry and Marilyn Farnik. The Youth Committee of the Presbytery of Southern California also sent a team of ten to the Czech Republic from July 22 to August 13 to help with VBS and outreach. When team leader Jesse Pirschel (pastor at Providence OPC in Temecula, California) first encountered the Czech youth and entered into conversations with them, he realized that many were struggling with the problem of evil. Consequently, he switched the focus of his teaching lessons to address this topic and was encouraged by the response that the lessons received.

Most estimates place the population of the Czech Republic as 40 percent atheistic. This can be intimidating at first, but many people are willing to talk about the gospel, and the Lord does work powerfully in people’s lives. Over the course of their ministry, the Farniks have been blessed to see some real conversions to Christ. Through the witness of their daughter, Havalind, two young ladies from atheistic backgrounds have turned in faith to Jesus Christ, such that they now participate in sharing the gospel with others during this summer’s camps.

Last July in the province of Quebec, where missionary Ben Westerveld serves, two teams assisted in teaching English to children (5–12 years old) in a Kids Bible Camp. One team from the Presbytery of New York and New England taught in St-George, Quebec, while a second team from two different presbyteries, as well as members of a Reformed Church in Ontario, taught children in Quebec City. Two OP elders participated in a third team that took a group of teenagers camping for a week.

According to Mr. Westerveld, the camps are vital in the outreach and evangelism of the mission, and the teams play a key role in being able to hold them. He explained, “Without these short-term missionary teams, we could not host the three weeks of Bible camps which receive 35–50 kids each.”

Mr. Westerveld believes that the camps break down barriers of distrust in the community. “Families that would never have entered our church or come into any significant contact with evangelical believers are now comfortable to stop by and chat with us. They entrust us with their children, and even offer to help. This openness enables us to speak to them about the gospel of grace.”

A token of appreciation in Japan

Since March 2011’s earthquake and tsunami in Japan, the OPC has responded to the need for disaster relief by sending thirteen short-term mission teams to assist the OPC Japan Mission. The first teams participated in deed-based ministry: clearing debris, renovating damaged dwellings, and delivering relief supplies. The teams also supported the mission’s word-based ministry, sharing the message of salvation.

In 2013, the short-term missions focus in Japan has continued to be both word- and deed-based. From July 18 to August 1, a ten-person team from the Presbytery of Ohio served at the Nozomi (Hope) Center in Yamamoto, assisting the largely agricultural community with various projects and participating in the Center’s “get to know you” and youth activities.

Team leader Mike Gilbert (an elder at Christ Covenant OPC in Sheridan, Indiana) believes that a good amount of work was accomplished. Said Mr. Gilbert, “There remains a lot to do, but the work seems to be transitioning from the physical to the spiritual/emotional. My personal and team goal this year was that we speak to the Japanese about the love of Christ by our exhausted bodies and joyful attitudes.”

If you are interested in participating in OPC-sponsored short-term missions trips in 2014, visit opcstm.org or contact Mr. Nakhla at [email protected].

Note:  This article was published in the December 2013 issue of New Horizons