From the April 2013 issue of New Horizons 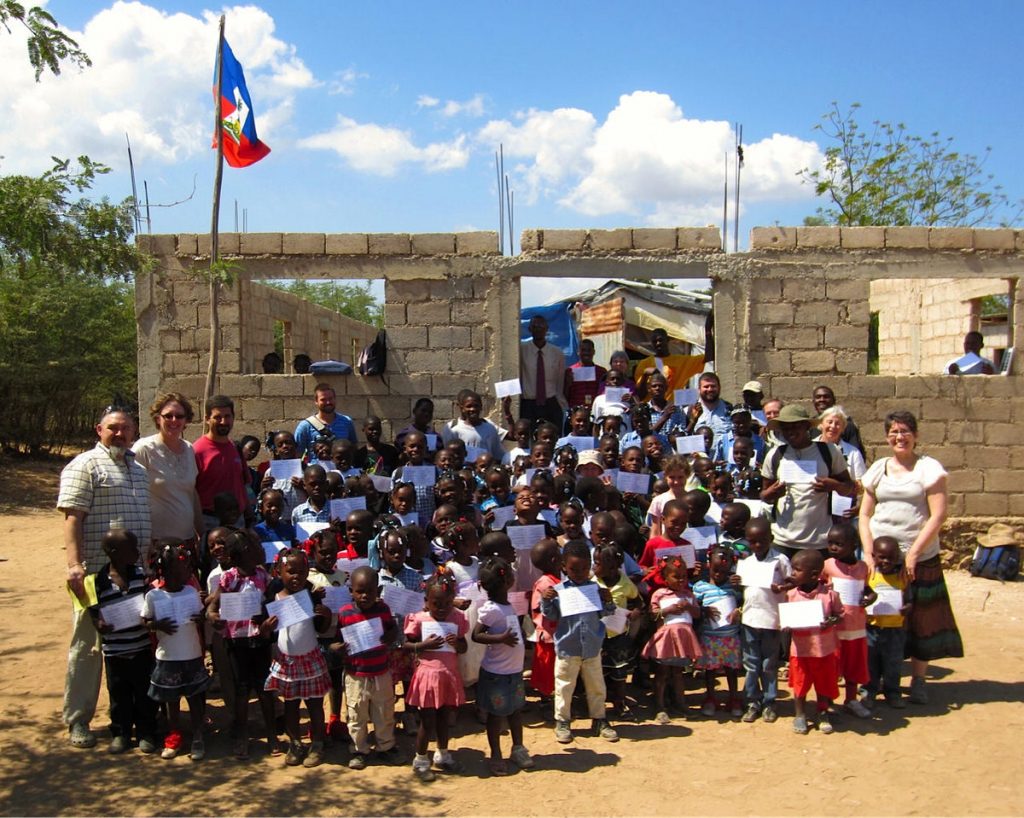 Participants in a recent short-term mission trip to Haiti

Summertime! A time for barbecueing, walking in the park or on the beach, cooling off in swimming pools, or participating in a summer reading program. Many families might anticipate a vacation or other excursion not related to work or school. In recent years, another summer activity has started to become very common, particularly in Christian circles. And that is participating in short-term missions.

“Short-term missions” has become quite the buzzword (or phrase) lately. It seems that everyone is talking about short-term missions (STMs for short). The fact is that interest in STMs has exploded in the past two decades into what is now a multi-billion dollar industry! The numbers often quoted are that over 2,000,000 Americans will participate annually in a short-term mission trip at an estimated cost of $1,500,000,000. Wow!

While it is wonderful to think that there is such interest in missions, whenever an aspect of the church can be described as an “industry,” it will raise one’s eyebrow. And so it should, for, unfortunately, it is becoming apparent that many well-intentioned short-term mission efforts are doing more harm than good. In fact, there are whole books being published on the woes of short-term missions. They refer to “short-term missions, long-term harm.”

One concern that is raised has to do with the effectiveness of STMs. Many critics question how much of a lasting impact a team coming into a city, region, or country for one or two weeks can really have. Most likely, the team does not know the language, the culture, or the people. It is fair to ask if this is really the best use of resources. Some suggest that instead of spending thousands of dollars to send a team to the field, it would be better to send that money to the field for its use. These are certainly valid considerations.

Another concern is that, regardless of whether STMs are effective or not, it seems that more often than not, their net effect on the field is negative. Simply said, it seems that STMs are doing more harm than good. It is argued that many teams come with good intentions, but because there is typically not an understanding of the culture and customs of those to whom they seek to minister, they actually bring offense rather than help. Again, this is a serious and legitimate concern. 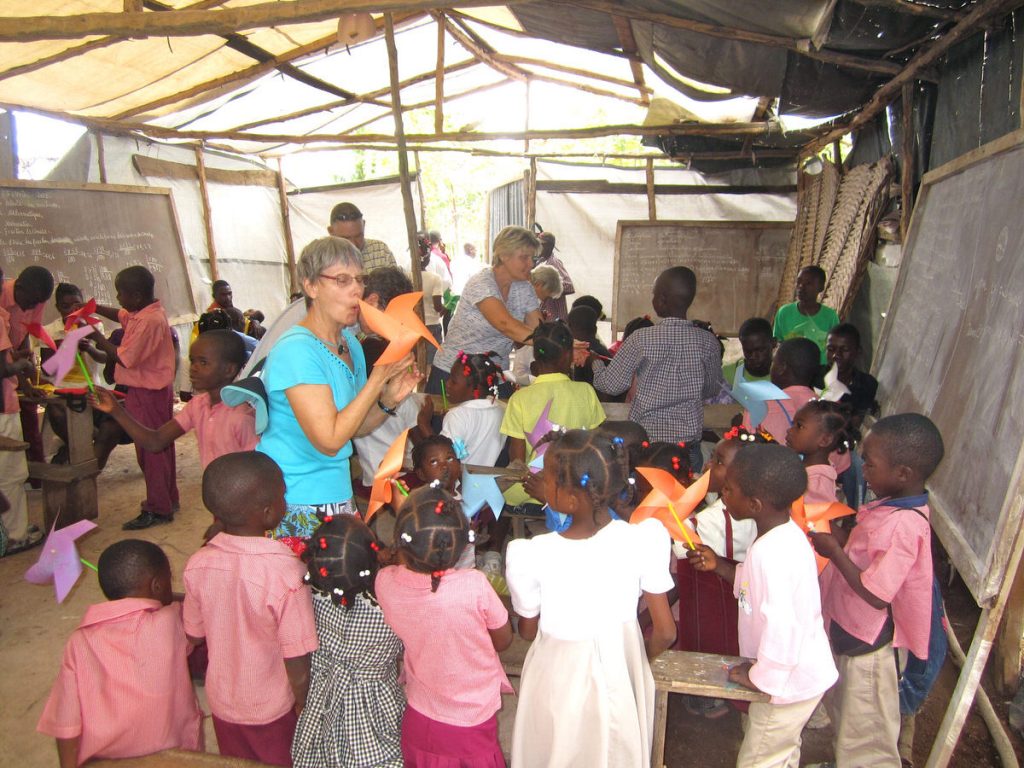 Time for crafts for the children in Haiti

A third concern is that with so much money and interest focused on STMs, they are beginning to drive how mission work is done. In effect, the proverbial tail has begun to wag the dog. Today there are ministries and missionaries that are being funded largely by the revenue brought in by STMs. It has become a classic catch-22. When the ministries realize that the STMs require too much of their energy or that the STMs are doing harm to their long-term mission efforts, they find that they cannot stop having STMs come because their proceeds are paying the bills.

So why would we be interested in short-term missions in the OPC when they seem to be rife with problems? Let us try to balance the concerns after considering the benefits that STMs bring.

The Benefits of STMs

By involving STMs with their work, our missionaries develop contacts and learn more about what is happening in the church back home. When the missionaries do come back on furlough, they find that they have connections in many of the churches they visit. Conversely, the short-termers come back with a renewed understanding, concern, and love for the work and the missionaries. If given the opportunity (which I hope they are), the short-termers may report to the church that sent them what they learned from and about the work. This will almost inevitably lead to increased prayer and financial support for the good work our missionaries do.

Additionally, STM teams bring a boost of talent or energy, which the missionaries can use to accomplish a project that they would probably not be able to accomplish on their own. Several Orthodox Presbyterian mission fields, such as Quebec and Ukraine, have determined that an English camp would be an effective means of outreach. But it would be virtually impossible for the missionaries to host an English camp alone. They need a team, and in this case it needs to be an English-speaking team in particular.

How to Have the Benefits without the Concerns

Hopefully we can agree that the benefits presented are valuable enough that we ought not to throw out the baby with the bathwater when it comes to addressing the legitimate concerns that have been raised regarding short-term missions. Here are some suggestions on how we can address the concerns, so that we can retain the benefits:

First of all, preparation and training are very important before sending out short-term teams and individuals. They should gain an understanding of, and appreciation for, those to whom they minister. They need to prepare physically, mentally, and spiritually. This is so easily neglected, yet it is so important for the STM to be helpful to all involved. 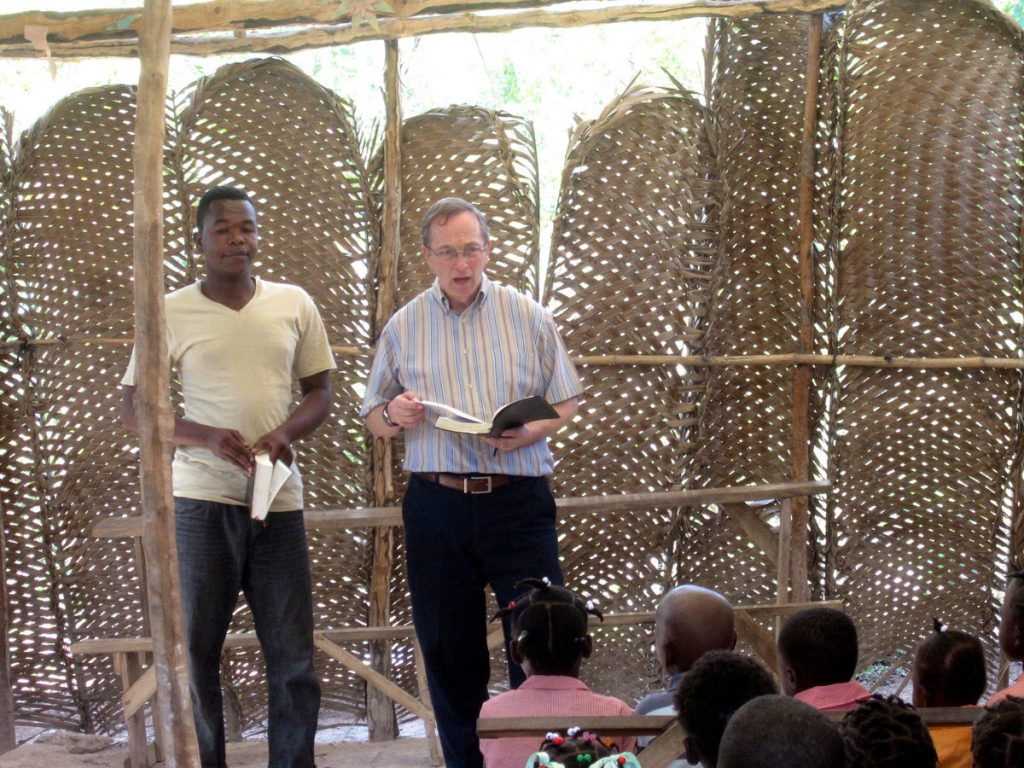 Secondly, we need to be honest with ourselves and keep a healthy perspective on the benefits gained from an STM experience. STMs will most likely have a more lasting effect on the ones who go out than on the ones to whom they go. This is not absolute by any means. But when we consider the cost and the impact that is actually made, we need to recognize that it is probably more of an investment in the individual sent than it is an expenditure on the field. Let’s not delude ourselves into thinking that this STM will clearly “change that place for Christ.” It is only one seed planted; we’ll leave the fruit to the Lord. We need to be OK with it being primarily an incredible learning experience for those whom our churches send out.

Finally, and probably most importantly, STM opportunities ought to be set up and carried out under the guidance of the local missionary or church leaders. Arguably, this is the main way in which STMs have lost their mooring. Often STM organizations organize the STM in such a way that the team is “doing their own thing” without any connection to Christians working locally. If we decide that what we do and how we do it will be directed by “the boots on the ground” (that is, by the missionaries or church leaders who understand the people with whom we will work), we will effectively battle the concerns that STMs are ineffective, harmful, and directing (or misdirecting) our long-term mission efforts.

Admittedly, there is much more to this topic. There are many other concerns, but also many other benefits to consider. May our Savior guide us with great wisdom, discernment, and insight as we seek to bring glory to him in our short-term mission efforts.